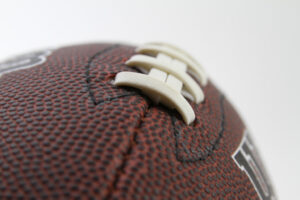 Even though most of the first half NBA betting odds are spreads and totals, they can be a lot more valuable than full-game lines. This is especially true later in the season, when teams start to play more back to backs and three games in four nights.

A team that is also coming off, or playing their first game back at home from a long road trip tend to be teams to target, or fade. Looking at a team’s recent games and when/where they were can be a great way to gain an edge.

For instance, in January the Cavaliers are playing a back to back against Utah before going to Portland. That is a tough trip in the dog days of January. They will most likely still be favored on the road in both games though, so taking the points with the Blazers’ first half NBA betting odds could be a great play.

Player and team props are probably some of the best NBA betting odds. Team props can be anything from a specific team’s total to a point spread that is double what the actual NBA odds are. Team props are not something to go crazy with, because a lot of them are long shot wagers that are just gambling for a big payoff.

However, player props are a bit different. Some of the best are a player’s total points, rebounds and assists, especially if it’s with players like Lebron James or Giannis Antetokounmpo. Specific stats like how many points, made free throws, rebounds or assists can also be valuable depending on the night. If a certain player is missing or injured, it almost always gives another player a bump in a specific area. Keep up on the news, especially about an hour or two before the game and you too can find these holes in the NBA betting odds and exploit them for profit!

If prop NBA betting odds are the best way to bet the NBA, teasers are a close second. Teasers consist of a parlay-style bet, where all legs have to win. However, the key to a teaser is it spots the bettor points. In the NFL, it’s usually six or seven points, but most NBA teasers are between four and five points.

So, if the Pacers are a -6 favorite at home on the same night the Jazz are +2 ½ home underdogs, if you used a five-point teaser, you can tie both of those two teams together with odds of the Pacers -1 and the Jazz +7 ½. If both legs cash, you win. You simply add or subtract the teaser’s points to the spread from that sportsbook depending on if a team is favored or an underdog.

You can tie together as many teams as you want and for very small long shot bets it can pay off sometimes. However, two and three-team teasers, with the occasional four-teamer can be the best way to make money over the very long NBA season.

5 Takeaways From Entrepreneurs Who Know About Winning and Losing