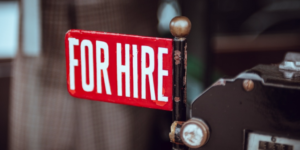 Hiring new team members can be one of the most exciting times for a business…but also one of the scariest. With turnover rates being one of the most expensive losses a firm can take, it’s no wonder why they’re trying to look at new methods to ensure quality candidates. In yet, these methods can also be costly without providing results, leaving employers to starting the whole process over again.

Even with all the innovations in hiring we’ve concocted for the digital age, below we’ve listed out a few common mistakes hiring agents make when looking for candidates:

Being Too Relaxed on What Should be the Standard Applicant

The hiring process can be tough on its own, which is why it’s important for employers to blend old and new practices. While it may seem old fashioned, the applicants that took the time to follow the instructions, send an updated resume, or clean up their social media shouldn’t be overlooked.

These folks have already demonstrated that they care enough to cover their bases, which shows a level of dedication over some of their peers. Even though some firms are willing to push them to the side for a candidate that’s “new, exciting and edgy,” those people don’t always work out. After all, if they’re willing to go against the grain on their application, what do you think they’ll be like the first day at the office?

Hiring People That Aren’t As Passionate as You Are

One of the most important things a hiring agent should look for is a passion for what a business is doing. You and this person are about to embark on a journey that has both of your careers working hand-in-hand, and it’s important to think about how this will live in harmony.

Overlooking What The Intangibles Can Bring

With our present day practices of scanning resumes and cover letters for “key terms” and “brand fit,” we tend to miss out on the things that could make this employee an all-star. I’m not talking about those “cultural experiences” we get giddy over like spending a summer in Nepal or touring with a rock band for a year. While those points are fun to entertain, but they don’t really tell much about a person. Instead, I’m talking about the mental strength no one can take away from them.

An excellent example of this are cancer patients. Due to usually having a gap in their resume, cancer survivors are often passed over as job candidates. In yet, when you think about it, they’re some of the strongest, most resilient people out. I mean, for God’s sake they beat cancer. That means they not only have the mental fortitude to battle one of the world’s toughest diseases, but they’re more than likely to be incredibly appreciative of every opportunity given to them. Wouldn’t that type of mentality be something you want on your team?

It’s true that over 96% of recruiters use social media to find candidates, but the new fad in hiring doesn’t always paint a full picture. Just because a person has an impressive LinkedIn doesn’t mean it’s entirely true. People lie incessantly online, and when they don’t, they aren’t always cognizant of how they come off.

Just because someone has a picture of themselves drinking on Instagram doesn’t mean they’re a party animal and just because someone shares insightful articles on Facebook doesn’t mean they read them. The best advice I could give in this area is to scan over their pages, but don’t pay too much mind. Imagine what it would be like to meet them outside of the hiring process and start a conversation that way.

They Start Hiring a Diverse Team After It’s Too Late

As Joel Peterson notes, a huge mistake hiring agents make is they hire themselves over and over again. While it makes sense to gravitate towards what you’re comfortable with, it ultimately ends up becoming a team of either “yes men” or a homogenous mix of regurgitated ideas that are trite and boring.

Beyond the importance of workflow, hiring a diverse team early on can make the process easier in the future (as well as less expensive). As your company moves forward, the people you’ve hired will naturally take on more responsibility/upper roles, thus giving them more power regarding decisions on building their partners. By starting early, you’ve already put a foundation in place for a well-rounded team.