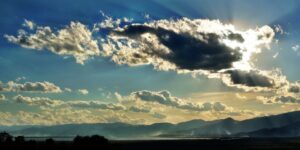 For-profit businesses are finally waking up to the threat posed by climate change.

Those skeptical that “things are different” this time need only look to a company that’s done more than just about any other to contribute to the crisis. Last year, ExxonMobil was blindsided when a majority of its shareholders — 62% — “voted for Exxon to examine how climate policies and changing consumer behavior will affect its assets.”

In other words, voted to re-examine its entire business model.

ExxonMobil isn’t the only company facing potentially existential threats amid a rapidly changing, increasingly unpredictable climate. These five climate-related issues all threaten businesses, their customers, and in many cases entire industries or economic sectors.

Every summer seems to bring a new cataclysm to some corner of the tropics or mid-latitudes. In 2017, apocalyptic floods triggered by Hurricane Harvey swamped thousands of square miles of coastal Texas, bringing the U.S. petrochemical industry to a standstill and all but shutting down the Gulf of Mexico shipping industry. Look for such waterloggings to become more common as hurricanes grow more frequent and intense, disproportionately affecting industries clustered along the coast.

“Shorter winters are actually good for our business,” says Manitoba entrepreneur David Janeson, who operates a marina and inn on Lake Winnipeg. “But they’re bad news for winter sports outfitters, who rely on consistent snow and acceptable ice thickness.”

You can’t ski or snowshoe across open water, after all.

What about companies that need lots of water? Companies like Coca-Cola and Anheuser-Busch use untold millions of gallons of pure water to produce bottled beverages. As rainfall patterns shift and formerly wet areas grow drier, these companies must shift production — a costly proposition.

ExxonMobil’s surprise shareholder revolt is a peek into the future for carbon-intensive businesses that have until now succeeded in socializing their costs. As policymakers slap on carbon taxes and tangible effects of climate change become increasingly difficult to ignore, investors will only become more reticent to keep backing former cash cows.

When it was signed, in 2015, the Paris Climate Accord was hailed as a landmark agreement. In some ways, it was. But so was the Copenhagen Agreement (2009) before it, and the Kyoto Protocol (1997) before that.

At this late juncture, even “landmark agreements” qualify as baby steps. It’s time for the business community to take a real stand against a clear and present danger to the future of our planet. Future generations depend on it.

How Businesses Are Leveraging Video on Their Websites to Build Trust