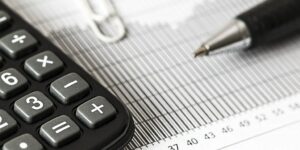 Since their launch in 2000, R and D tax credits have been promoted by the UK government, yet still many businesses fail to claim them. There are two key reasons for this: the first is that those conducting research and development projects are often unaware of their existence, while the second is that those engaged in the relevant activity assume they aren’t eligible to make a claim.

Here, we dispel some of the key myths surrounding the claiming of R and D relief.

The ‘men in white’ coats fallacy

It’s easy to assume, when the words ‘research and development’ are mentioned, that it only refers to things achieved in labs by men in white coats. As such, many businesses dismiss the idea that the work they’re undertaking would be eligible for a government relief. But in reality, the guidelines surrounding an R and D tax claim are deliberately vague to encourage organisations from all sectors to apply.

As such, any company engaged in projects that seek to resolve uncertainties using science and technology can claim. Industries that are eligible include architecture, manufacturing, construction and software development.

A second assumption commonly made is that only profitable organisations can claim for R and D tax credits. The truth, however, is that the relief is not dependent on the profitability of the company undertaking it. Nor, indeed, is it dependent on the success of the project. At the end of the corresponding financial year, you can submit details of your activity to HMRC alongside a calculation of your expenditure and the amount you’re claiming for – if your project and costs are eligible, there’s a good chance the claim will be successful. To improve your chances of success, speak to an R and D tax specialist for assistance.

3. Claiming with a grant

Whilst it’s true that receipt of a grant often means your ability to claim for R and D tax credits is affected, it doesn’t immediately exclude you from them altogether. How tax relief and grants for research and development interact is a complex subject, but as a general rule, receipt of a Notified State Aid grant means R and D relief can’t be claimed for the project to which the grant applies. Receipt of a non-Notified State Aid grant could mean you’re still able to claim, but may have to do so under the less generous RDEC scheme.

Many companies subcontract work to others to help them meet their business objectives. It’s not unreasonable to assume that any subcontracted work for a research project wouldn’t constitute qualifying expenditure, but in fact it does. Depending on the nature of the subcontracted work and the relationship between your business and the subcontractor, you may be able to claim up to 65% of the costs for R and D tax relief.

Before submitting a claim for R and D tax credits, speak to a specialist tax advisor to ensure you have a legitimate claim that achieves the maximum possible value for your undertakings.

ICO, FOREX and Online Gambling: Which Is the Worse of Three Evils?