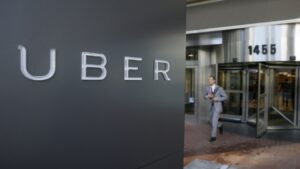 Uber’s business in China will now be run by China’s own version of Uber called Didi Chuxing. Chuxing confirmed this business deal on Monday which offers Uber a stake in thecompany and thereby no longer see each other as rivals.

According to reports, the deal is valued at $35 billion, which in all probability combines the worth of Didi (reportedly $28 billion) and Uber China’s $7 billion valuation.

Even after the merger takes place, Didi has reiterated that Uber will continue to run independently. And in terms of management Uber CEO Travis Kalanick will join Didi’s board, while Didi Chuxing chief Cheng Wei will join the Uberboard.

Earlier this year, Apple invested around $1 billion in Didi Chuxing which clearly has enabled them with the impetus to do business with Uber, and not against. It has been reported that Uber has not lived up to its billing in China, resulting in big losses, and as highlighted by Kalanick here, they wanted local help to derive reasonable success in the region.

Travis Kalanick, CEO, Uber Sustainably serving China’s cities, and the riders and drivers who live in them, is only possible with profitability. This merger paves the way for our team and Didi’s to partner on an enormous mission, and it frees up substantial resources for bold initiatives focused on the future of cities — from self-driving technology to the future of food and logistics.

Uber’s failure to scale heights with its cab-hailing business in China is mainly due to the vast reach and outlay of Didi Chuxing. It’s a definite business call from Kalanick & Co. that could invariably end up working in favour of both Uber and Didi Chuxing.

Why and How to Become A Renewable Energy Entrepreneur

Harry Potter & Son Onto an Unexpected Path In "The Cursed Chid"