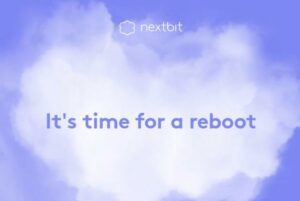 “We can see beyond the limits of today’s tech, to the beautiful reboot of Android”

A few ex Android, HTC, Amazon and Apple guys have put their heads together and decided, to try, to revolutionize the way we use and interact with our beloved mobile phones. Not much is known on how they are going to do it except that the $300-$400  device that they have developed is due to launch on September 1st . The phone will be running on a modified version of the Android OS, developed in cooperation with Cyanogen, well known for their customized, Android based, operating system.

Taking a look at their website, and logo, it is hard not to notice that the cloud will be  playing a big role in their development.

In an interview with CNET the company said:

“Your phone will perform better over time and function at a higher level because of this software enhancement,”

“We’re focusing on a device that can adapt to you.”

‘Over time’ reminds me of hair loss shampoos, after 12 weeks you realize that they don’t work for you. But you never know, good ideas are born everyday, nearly. Maybe this band of rebels, as they call themselves, will be able to surprise us.

Space menus, from pizza to poop (and back again)