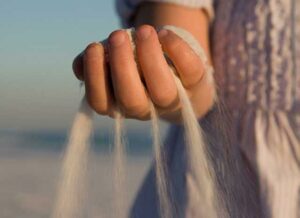 Here are some companies that seemingly had the chance to be world dominators until something went wrong and they lost everything.

Back in the 70s and early 80s, before anyone had even coined the term ‘silicon valley,’ the hotbed of high tech was the highway 128 belt that circled around Boston. Driving along 128 you would pass giants like DEC, Prime, Wang and others. They were poised to become world leaders. They were clobbering the stalwart mainframe companies like IBM, Honeywell and NCR. But then along came the microcomputers. Most of these companies scoffed at the little ‘toys’ while a few tried to produce their own (remember the DEC Rainbow?). One by one the minicomputer companies stumbled and finally fell. They just didn’t see the writing on the wall.

In the early 70’s Gary Kildall of Intergalactic Digital Research (later shortened to just Digital Research) created CP/M (Control Program for Microcomputers.) It was one of the first multi-platform operating systems that allowed programs to run on a variety of different hardware platforms. It was amazingly successful and there were literally thousands of programs written for CP/M including WordStar (another company that should be on this list), dBASE, AutoCAD, Borland Delphi, Microsoft Excel and a slew of languages, games and just about everything else you can think of. CP/M was well on the way to becoming the dominant OS for all microcomputers.

In 1980 IBM approached Digital Research to license CP/M for their new IBM Personal Computer but because of some silly misunderstanding about a non-disclosure agreement (rumor was that Gary actually forgot about the meeting and missed it) they failed to work out a deal. So instead of CP/M IBM approached Bill Gates, MS-DOS was born and that pretty much signed CP/M’s death warrant.

OMFG! VisiCorp you idiots! You had the entire business world by the short hairs and you let go! How could anyone screw up such a sure thing? VisiCalc was the first spreadsheet software for PCs and they were at the top of the heap back in the 70’s and 80’s. Nothing could stand in their way. And then it all started to fall apart because of licensing issues and legal battles with Software Arts (the original creators of VisiCalc.) VisiCorp had it all and they blew it.

Another company that had it all and then managed to shoot themselves in the foot (repeatedly) was Commodore. By 1982 it was estimated that Commodore had sold nearly 22 million C64s making it the bestselling computer of all time. There were more Commodore 64s sold than all other computers combined! They had an installed base of millions, they had rabid and loyal fans and they had amazing technology. When the Amiga came out in 1985 it was by far the most advanced personal computer on the market. But through a series of management missteps, the alienation of their retail partners, a few failed product launches and some decidedly shady stock manipulation moves, the wheels completely fell off the bus and by the early 90s the company was pretty much dead.

In the mid-90s, just as the Internet was beginning to take off Sears, the largest mail order company on the planet decided to drop their iconic Sears catalog and get out of the mail order business. They had everything in place – the warehouses, the distribution channels, the products and the sparkling clean reputation. They could have been Amazon! They should have become Amazon! But they just didn’t understand the potential of online shopping and they let the chance of a lifetime slip through their fingers.

Diamond was mainly in the graphics card business but in 1998 they did come out with a portable digital music player called the Rio PMP300. Despite its flaws it quickly became the first commercially successful digital music player on the market. Diamond didn’t invent digital music players but they did clear the road for everyone else when they were sued by the RIAA (Recording Industry Association of America.) Diamond successfully defended their case based on ‘fair use’ laws and that opened the floodgates for other digital music players (including Apple’s iPod). But the lawsuit had taken its toll and after a slew of not so successful product launches Diamond ended up merging with S3 Graphics in 1999. In 2003 they filed for bankruptcy and sold the Rio license to Japanese firm D&M Holdings. Diamond had the product and the legal ‘green light’ to become the dominant digital music player company but they just couldn’t pull it off.

There are many other companies that had a sure thing in their grasp only to screw things up in the end. Sometimes they didn’t anticipate what the future would bring, sometimes market forces conspired against them, sometimes things just didn’t work out and sometimes people simply made bad decisions.

I’m not sure if there is anything we can learn from these epic blunders but I think that every once in a while it’s worth remembering their mistakes.

Independence Day: Resurgence is Ready to Take Off