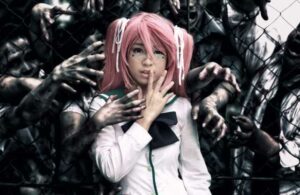 I know what you’re thinking. ‘Not another zombie in your pocket article!’ But, since the Halloween spirit is upon us I thought it would be appropriate to go over a few of the basics of how to survive the zombie apocalypse.

We all know the zombie apocalypse is coming. It’s inevitable and we should all be ready for it. I know, not all of us are hard-core survivalists who have already started stocking up on bullets, Ramen noodles and SPAM, but there are a few things we can all do to prepare ourselves for the day when the dead rise from their graves and begin to wander the streets searching for brain food.

First off, be decisive when the apocalypse comes. The minute you see someone getting their arms ripped off and their brains sucked out by a shambling hoard that has rotting flesh, sundry compound fractures and are dressed in funeral tuxedos (or wedding dresses for some reason) you can pretty much assume they are zombies. You don’t have to say something like “what are those things?” We all know what they are.

Once you’ve spotted them you don’t have to search for a politically correct name, just call them zombies. If you start calling them ‘walkers’ or ‘shamblers’ or even ‘the living dead’ you’re just going to confuse people.

Arm yourselves appropriately. If you don’t have a gun (or multiple guns preferably) then find a weapon that is deadly, easy to use and doesn’t require getting so close to the zombies that you can smell their fetid breath. Look for something long and pointy rather than short and pointy. I’d rather have a kitchen knife ducktaped to the end of a broom handle than an egg beater or rolled up newspaper. But as soon as you can get your hands on a pump shotgun and plenty of ammo you can ditch the spear. And keep in mind, this is America folks so if you can’t find a cache of weapons after kicking down a few doors then you just aren’t trying.

Obviously you will have to find a suitable place to hold up. No, that split-level ranch house with floor to ceiling picture windows and sliding glass doors is not a good place to hide. Pick a place that is easy to defend like a police station, local armory, a military base or upper floors of a high rise as long as you barricade the stairs (and no, shopping carts do not make suitable barriers). If you must pick a residential dwelling look for one with solar panels. There is a good chance the fridge is still chilling, the freezer is stocked with Hot Pockets and frozen waffles and the mircowave is still working. It also wouldn’t hurt to pick someplace close to a local supermarket (better yet a Walmart superstore where you should be able to find everything you need to supply a small army).

You shouldn’t have to worry about stockpiling food since once they are zombified the undead tastes turn to brains rather than pickled beets and Poptarts. And even if the supermarkets did sell cans of Brain-a-Roni it’s doubtful that zombies could read the labels or operate a can opener.

You will also want to dress appropriately when going out for snacks or other supplies. Ideally you would want to wear full body armor but with some duck tape and a little imagination you should be able to cobble together a reasonably bite-proof outfit that still provides adequate freedom of movement.

Pick your friends carefully. It’s probably inevitable that rogue gangs of marauders sporting Mohawk haircuts lead by some megalomaniacal certified accountant are going to spring up. It may be tempting to try and join a band like that since they usually seem to be well fed, well-armed and generally having a good time, but you never know if they will accept you or simply shoot you on site and rape your womenfolk. So if you see a group of survivors who look like they’re rejects from a Mad Max movie you probably should avoid them (unless you’re into that sort of thing).

Finally, and this probably goes without saying but is worth repeating anyway:

SHOOT THEM IN THE HEAD!

Step up to the online television buffet