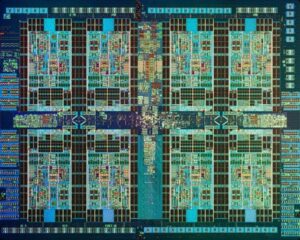 The OpenPOWER Foundation is IBM’s unique solution to their need to advance their Power architecture and compete with Intel more effectively.  The first real test of concept was showcased this week when IBM announced a set of high performance systems that blend IBM’s power technology with NVIDIA’s graphics performance to create servers that have a unique value proposition and are, according to IBM, blindingly fast.   But the important part of this is that the cooperation between IBM and NVIDIA showcases that OpenPOWER is doing what it is designed to do, bring companies together to create new opportunities that otherwise wouldn’t have existed.

The Power of Partnering

This is this magical elusive word synergy that we often see companies seek but rarely actually achieve.   This is because it is very hard to align agendas and getting folks all facing in the same direction can be incredibly difficult.  This is the cloud that hangs over any consortium because often members spend more time shooting at their fellow members than in actually coming up with things that advance the group.

But when you have strong partnering amazing things can happen, Wi-Fi, Bluetooth, the Windows/IBM PC, and the Internet itself were largely the result of successful partnerships.   What can make this occasional efforts uniquely powerful is that, when the work, they aggregate the power of the participants into something bigger as clearly was the case between IBM and NVIDIA with this announcement.

I think what makes the difference in most cases is when there is a scary alternative that no one wants hanging over the effort.  In this case it was Intel who represents threat to both firm’s strategic efforts and forms the glue that bonds the various companies in the OpenPOWER Foundation together.  Intel is the key players’ boogieman and that keeps the parties focused and driving to results like this.

The Power of the GPU

What is increasingly clear is that NVIDIA is effectively providing the equivalent of a supercharger for the companies that they are partnering with that use their GPU computing solutions.  IBM has tuned DB2 to make use of this capability and the result should be a platform that sharply outperforms anything Oracle can field.  Shortly IBM expects to announce additional optimizations for bioinformatics, defense, finance, molecular dynamics, and Weather Modeling.  While the initial product set focuses on the GPU future offerings will include NVIDIA’s NVLInk for even greater performance.

This is only the beginning the OpenPOWER Foundation has been growing rapidly from 5 initial core members to 56 uniquely capable participants.   These firms will increasingly find ways to work together to create ever more capable offerings that can be well differentiated and provide unique advantages in the market.

Competition tends to drive excellence in all players with the result being faster advancements for all related products in the segment.

The OpenPOWER Foundation effectively moves from a proof of concept to a power in the industry this week thanks to the joint efforts of IBM and NVDIA showcased by the this week’s joint announcement.   This effort is showing legs now and I expect the firms in the Foundation will now showcase their diversity as they bring out even more interesting products.

We are drowning in subscriptions