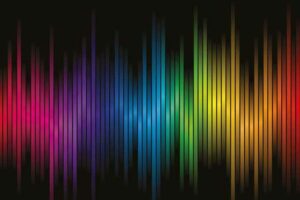 The National Association of Broadcasters has filed a suit against the FCC over the proposed spectrum auction slated for mid-2015.

The lawsuit contends that “Under this new methodology, many broadcast licensees, including NAB’s members, will lose coverage area and population served during the auction’s repacking and reassignment process, or be forced to participate in the auction (and relinquish broadcast spectrum rights).”

The FCC, on the other hand, is pretty sure that they are on the right track. Both sides seem confident that they can resolve this issue quickly so that the auction can proceed as scheduled.

The crux of the matter is that when television broadcasters went digital in the mid-2000’s it left a lot of unused spectrum available and with the growing demand for extra bandwidth from the mobile phone industries the FCC decided to auction off that extra bandwidth. The trick is that broadcasters who wished to abandon their current over the air frequencies (either because they were voluntarily going out of business or they were planning to switch to other frequencies) could offer up their slice of the airwaves to the FCC’s auction and get a cut of the proceeds.

The NAB is worried that broadcasters who didn’t want to participate in the auction would be in danger of losing their coverage area or be forced to ‘repack’ their signals at costs that could run into the millions.

Essentially the NAB wants the FCC to set aside money (more than the current amount the FCC has already proposed) to offset the repacking costs or at least assure stations that they will maintain their current coverage areas and the number of viewers they currently serve even if they don’t participate in the auction.

It’s an interesting bit of politics. Theoretically the government owns the airwaves and only licenses parts of the available spectrum to individual broadcasters (purchased at a similar exclusive, invite-only auction that took place quite a while ago). And while the FCC’s primary mandate is to regulate and oversee the television and radio industries, it is also supposed to protect those industries. The question here is whether or not that protection extends to what amounts to subsidizing broadcasters.

In the end this will probably amount to nothing since these types of suits are fairly common and are usually settled long before they end up going before a judge. And the public will probably never realize that anything happened at all.

Is the app frenzy really slowing down?