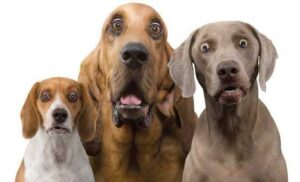 A highly informal survey of the top technology news sites reveals that most stories add little or no new information.

The survey, conducted by me, Guy Wright, Managing Editor here at TGDaily, shows that of the top dozen technology-related stories written about each day by dozens of different technology-focused websites most of them are basically rewrites of other people’s stories and contain little or no new information.

“It’s not surprising. Everybody does it. Heck, even I do it,” I said in a statement I made up for this story. “The pressure to cover even half of the top technology news stories in a single day is enormous. There simply isn’t enough time to do more than scan someone else’s story, pull out the important bits and throw together something that isn’t outright plagiarism.”

The casual survey was conducted over the past three months as I scrambled to fill the virtual pages of TGDaily. I admit the methodology was sloppy at best and mostly just involved me clicking on multiple versions of the same story on different websites trying to find something new that I could use in my version of the same story. In most cases I would find the same figures listed over and over again, the same quotes from the same people and in many cases the authors even reached the same conclusions.

“It’s a little depressing, really,” I admitted to myself. “Story after story all based on the same few bits of information that someone else dug up. There was very little new information that I could use to write my version of the same story.”

About the only thing that was different – when there was a difference – was the way the author interpreted the story. However it was not uncommon for the conclusions to be closely aligned with the overall theme of the site.

And then I added, “But there are occasions when I am able to put together something that is original and I feel like just maybe I am a real reporter…at least for a few moments.”

Microsoft Azure has a tough month

FCC and Net Neutrality: no Internet and no neutrality