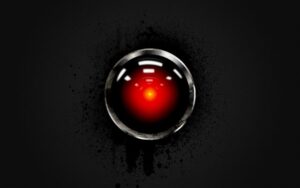 Yosemite could be the first OS with integrated voice recognition with no third party applications required.

At WWDC Apple told the world that it was launch a new version of its desktop OS, OS X Yosemite this Fall. It promised a range of new features, and chief among them was better integration between iOS and OS X.

This included letting an iOS and OS X device recognize when they were close together and for them to work in conjunction, for example, let you answer a call on your desktop, use your iPhone as a hotspot, or doing SMS on either device seamlessly.

Now, it seems that Apple is looking to make Siri a part of all of its platforms. This week, an Apple patent application that became published based on its submittal in February hints at an OS X version of Siri being on the cards for Apple.

As is always the case with Apple, no one really knows when or how, but the speculation is that it may even be part of a final release of Yosemite even if it is not in the preview versions.

Siri has been around since 2011. Voice recognition on the desktop has been around even much longer but it has always been as a third party add-on to Windows or Linux, mostly.

The patent application, first reported by AppleInsider which spends a lot of time trawling for this kind of information, runs about 92 pages and is pretty details in describing several ways in which a Siri-like desktop virtual assistant can work, but beyond voice recognition, it is also includes text input, gesture control, and mouse and trackpad control, too.

Mostly, it looks like the virtual assistant will be anticipating your needs as much as responding to them. It may understand a combination of simple verbal or gesture cues and act them on knowing your intention.

It could also end up being really annoying, but we have to submit to our robot overlords at some point and letting our computers tell us what to do is good training.

Okay, Apple products not banned in China after all

Is SketchFactor a racist app?