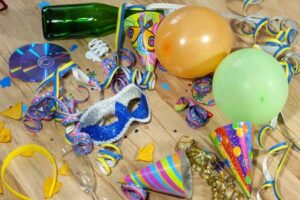 A month ago Chinese media accused Apple of working with the NSA to build spyware into its line of products that could be a threat to Chinese national security. Now Apple products have officially been excluded from China’s government procurement list due to claims of hacking and cyber spying.

The most recent list of approved products distributed in July by the National Development and Reform Commission and the Ministry of Finance, no longer contains Apple’s iPad, iPad mini, MacBook Air and MacBook Pro.

This is more than a slap on the wrist for Apple considering that greater China contributed 16% of Apple’s revenues in its third quarter of 2014 ($5.9 billion) an increase of 28% over last year. Also, according to Tim Cook, iPad sales increased 51%, and Mac sales increased 39% in China, in 3Q.

Along with Apple, companies like Microsoft, Google and Facebook have been blamed by the Chinese media for cooperating with a U.S. surveillance program called PRISM. According to People Daily, companies like Yahoo!, Cisco, Microsoft and Facebook are threatening China’s cyber security and its Internet users.

Microsoft and others are also the subjects of a recent rash of anti-monopoly investigations in China and Microsoft’s “Windows 8” was has been excluded from the government’s software procurement list since the beginning of the year.

The list, set to be revised in January, still includes Dell, HP and Chinese company Lenovo but how long they remain on the list is up in the air.

Sadly, I think we will be seeing more and more stories like this one. Our overzealous spy agencies and the heavy-handed techniques they used to coerce tech companies into complicity have done serious – perhaps even irreparable damage to U.S. credibility and now the tech companies are the ones paying the price.

Apple and Samsung winding down patent wars outside the U.S.