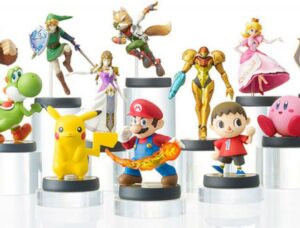 Maybe the time has come to admit that the greatest game company of all time has seen its best days.

Japanese game giant Nintendo had unanticipated losses for the the first quarter on Wii U and 3DS game machine sales problems. The company reported a $97 million loss for the April to June timeframe on sales of $732 million.

The company has been facing a somewhat uphill battle for profits while fighting everything from Sony, Microsoft, and games on your smartphones.

On the bright side, Mario Kart 8, released in May helped Wii U sales with its success. For April through June, Nintendo sold 510,000 machines beating last year’s figure of 160,000 for the same period by a wide margin. However, sales of the 3DS handset when down to 820,000 units this compared compared to 1.4 million last year for the same period.

However, despite all of this, Nintendo is sticking to its targets for the year and is hoping to sell 3.6 million Wii U and 12 million 3DS handsets for this fiscal year, which runs through March 2105.

The company hopes that it will be boosted by end of year sals particularly with the arrival of strong game content like Super Smash Bros. for Wii U, and a new line of figures that connect and interact with games called amiibo.

Whether the strong holiday sales that are forecast are there for Nintendo remains to be seen but the company is definitely not playing catch up with PlayStation and XBox at this stage and it has not done anything to position itself for any success on other mobile platforms.

Is it nostalgia keeping the company relevant, a niche company that still does a great job catering to a younger gamer, or just the end of an era for a titan of the industry?