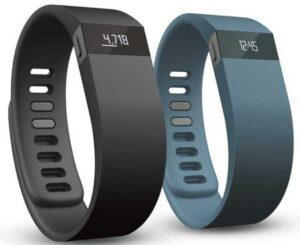 Fitness fans with Windows Phone handsets can rejoice, because an app is finally available for Fitbit devices on Microsoft’s mobile platform (after rumours of such a thing popped up last month).

The app side of Microsoft OS is much maligned, of course, and indeed on the burgeoning fitness wearables front things have been particularly poor to date, with no support or Windows Phone love.

Fitbit is actually the first fitness band solution to come out with a Windows Phone app, which is available on the store now, and hooks up with the Fitbit Flex and the Fitbit One. Windows Phone 8.1 coming with far better Bluetooth support has allowed for the app to be made, the Verge notes – and it’s WP 8.1 only, so bear that in mind.

The app, which is free, offers real-time stats tracking (and historical stats presented via at-a-glance graphs), a massive 350,000-strong food database replete with nutritional data, and an extensive social side including leaderboard challenges, taunts and so forth, plus motivational tools like reward badges. You can also pin a Fitbit Live tile to the home screen, which allows you to quickly view your current step count.

The app has scored four out of five stars in the first few reviews on the store, so that’s a hopeful sign.

Incidentally, you can check out our review of the Fitbit Flex here – we were rather impressed with the activity tracker.