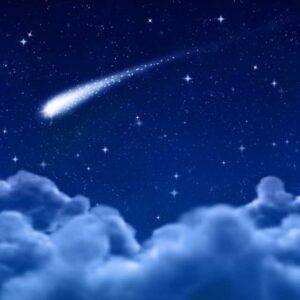 Yesterday Microsoft released their quarterly financial statement and while the numbers weren’t all that great in some segments their cloud offerings are going strong.

Because of restructuring, Nokia write offs and changes in the way Microsoft is reporting taxes it’s a bit difficult to sort through all the numbers but for the most part revenues from consumer products (other than Xbox) were either slightly off or flat but their professional line of products saw substantial gains.

The real star, however, was Microsoft’s cloud offerings that include Office 365 and Azure.

As Peter Bright reported on the ars technica site:

The big success story was the Commercial Other segment. This segment includes both Microsoft’s corporate-oriented cloud services (including Azure and Office 365) and its Enterprise Services consultancy and support division. The total segment revenue was up 44 percent to $2.26 billion, with gross margin up 105 percent to $0.691 billion. Most of this growth came from cloud services: there was triple-digit growth in both Office 365 and Azure, for total cloud services revenue growth of 147 percent. The annual run rate for the cloud business is now more than $4.4 billion. Enterprise Services revenue was also up by 11 percent.

While still only a small piece of the overall Microsoft pie, the cloud business is growing explosively. Microsoft wasn’t the first company to operate in this space, but its range of services and its ability to span both on-premises and public cloud with the same software and management tools clearly has customer appeal. This on- and off-premises reach also offers something unique when compared to cloud offerings from Amazon, Google, Salesforce, and others.

As we reported a few days ago there are a number of experts out there who predicted that Microsoft’s cloud ventures will become more and more important to the company. As Massoud Marzban, VP of Business Development‏ at Burnside Digital said, “A lot is riding on Microsoft’s continued push into the cloud space.” And in a follow up he added, “I’m not surprised that the earnings report showed how important the cloud is now, and will continue to be, a strong revenue stream for Microsoft going forward.”

Shake-ups, layoffs, restructuring and all the rest might just be a small bump in the road for Microsoft but it looks like things aren’t quite as dire as some people may have thought.

Skype on Fire – Amazon Fire that is