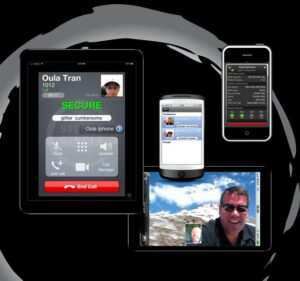 Silent Circle – the esoterically brooding group behind this year’s “unhackable” Blackphone – has set its sights on disrupting big market players like Skype and Viber with an encrypted voIP client.

The company has announced a global expansion of its encrypted calling service, allowing around the world to make secure phone calls without incurring roaming charges.

Silent Circle’s apps have always allowed customers to make encrypted calls, send secure messages and to transfer files, but until now the app had to be in use by both parties. The latest announcement means that users will now be able to make private calls to non-Silent Circle subscribers across 79 countries.

Interestingly, Slient Circle said this is “four to five times” more countries than are supported by rivals Skype and Viber.

Starting now, anyone wishing to utilise this “Out-Circle” service will be given a unique ten-digit Silent Phone number to make and receive calls without incurring roaming charges.

In a significant twist, the security outfit has also made businesses a key part of its plans of expansion. Silent Circle claims businesses that rack up the air miles will be able to save their employees “tens of thousands of dollars a month” on international roaming charges.

“The facts are that Out-Circle Calling provides a low-cost, private alternative to traditional mobile calling plans that everyone from your neighbour to traveling multinational executives can use.”