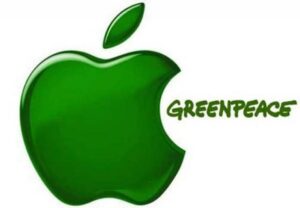 Apple has been given the go-ahead to build its third solar farm on a new, 100-acre site in Claremont, North Carolina.

The farm will produce around 17.5 megawatts of energy and will be used to power Apple’s iCloud data centres.

This latest green move has gained public support and praise from the environmental organisation Greenpeace, who released a statement praising Apple and simultaneously criticising Amazon.

Senior IT Analyst Gary Cook said, “Apple’s latest investment in solar energy shows that it is committed to maintaining its record of powering the iCloud with 100 per cent renewable energy. iCloud users should feel good knowing that clean, solar energy is powering their songs, videos and photos.

“Amazon [is being left] further in the dust … with its release of the new Fire smartphone and the associated growth in its photo storage, it needs to commit to powering its data centres with 100 per cent renewable energy, as its peers have done, or it risks becoming an even bigger polluter.”

The tech giant is believed to have so far invested approximately $55 million (£29 million) in the project, but this is not the extent of its environmentally-friendly ambitions.

There are also plans to build a new HQ that will run entirely on green energy.

This is a simple way to create you own delivery app