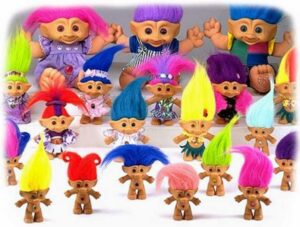 The consortium of companies is called the License on Transfer Network (LOT) and the concept behind it is fairly simple. Companies that join the LOT Network will be able to offer patent licenses to each other as usual but, if a company decides to sell their patents to an entity outside the LOT Network all other LOT members will be granted a royalty-free license to the technology.

Theoretically this will prevent patent trolls from buying up old patents and then suing anyone who might be using them.

According to Allen Lo, deputy general counsel for patents at Google, “The LOT Network is a sort of arms control for the patent world. By working together, we can cut down on patent litigation, allowing us to focus instead on building great products.”

It is unclear if this would also hold true when companies are acquired by- or merge with other companies and entire portfolios of patents change hands but it might. However it won’t help in cases where the patent office has granted overreaching or just plain silly patents to companies whose only purpose is to get rich through legal extortion. And it probably won’t stop the ‘look and feel’ patent wars that Apple and Samsung are so fond of engaging in.

According to Brett Alten, IP Counsel at Dropbox, “We believe that patents should never be used to stifle innovation. The LOT Network is a creative solution to fight patent abuse that becomes more effective with each company that joins. The more participants there are, the better off we’ll all be.”

Not surprisingly the group is encouraging other companies to join.

It is interesting to see more and more technology companies behaving as if they are all growing weary of the seemingly endless litigation battles where nobody really wins. Patents can protect intellectual property in a world where stealing ideas is commonplace but they have also become tools for extortion and patent trolls contribute nothing good to society.

You can find more information about the LOT Network at www.lotnet.com.

How many gadgets does your smartphone replace?