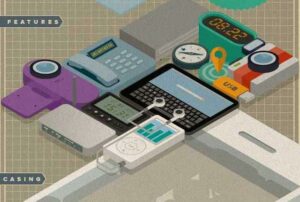 How many devices does your smartphone replace?

We all know that smartphones perform the duties of many devices but it’s interesting to see how much all those devices would cost if you purchased them separately and how much gear you would have to lug around.

A high-end smartphone in Brittan costs about £450 ($780 U.S.) and weighs about 132 grams (4.6 ounces). But aside from letting you make phone calls it also records and plays video, plays music, takes pictures, stores data, tells time, gives you directions, lets you surf the web, sends and receives text messages, translates speech and more.

Smartwatches, which are poised to start sweeping the market in the next few years, are also multi-functional devices that should save us money (and backaches) too.

Tesla gets trademark trolled in China