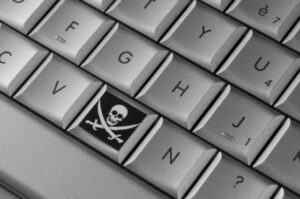 Last week the Chinese Central Government Procurement Center issued a ban on the use of Windows 8 on government computers. It is not known if this only applies to the handful of legitimate copies of the new operating system or whether it encompasses the millions of pirated copies already in circulation.

The ban was part of a notice on computer security and the use of energy-saving products. (Um…right. So I guess Windows 8 is less secure and less energy efficient than say, Windows XP?) Basically the Chinese government is pissed off at Microsoft because they ended support for Windows XP, an operating system that was widely pirated…er…in use throughout China.

To be fair, it’s possible that the ‘ban’ is strictly a temporary measure to give China time to evaluate the Windows 8 OS – a process that is currently still ongoing. Then again it could be a play to get Microsoft to offer the new OS to the Chinese government at a cheaper price.

Although it hardly matters since they won’t actually be paying for it.

Software companies (heck, manufacturers of hardware, clothing, toys, medicine, handbags, watches, and just about anything else you can think of) have long complained about the Chinese disregard for intellectual property rights, copyrights, patents, trademarks, the environment, even the human rights of its own people. China is the number one producer of rip-offs, knock-offs and fakes. And they top everyone’s list for distributing pirated software, movies, and books.

Even Microsoft’s former chief executive officer Steve Ballmer supposedly told employees in 2011 that, because of piracy, Microsoft earned less revenue in China than in the Netherlands, even though computer sales matched those of the United States.

It would kind of humorous (if it weren’t so pathetic) if the ban actually was in retaliation against Microsoft for ending support for Windows XP, when in all likelihood most of their copies of XP were pirated. It’s a bit like stealing a car off a dealer’s lot and then complaining that the dealer won’t honor the six-month warranty. You stole the friggin’ car! You can’t expect anyone to honor the warranty!

But the US and just about everyone else is willing to ignore pretty much anything China does because as of May 2014 China had 1,364,550,000 potential customers. Problem is, once a company gets a toehold in China it’s only a matter of time before their products start showing up on shelves under a different name (or the same name). But those products are manufactured in Chinese factories and the company that introduced the original product isn’t going to get another dime.