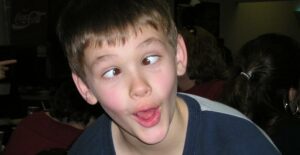 A new piece of research has concluded that there’s no evidence that moderate use of the Internet has ill effects on a child’s brain.

Previous studies have suggested that as we become an increasingly more online world, spending increasing amounts of time on the net has been affecting the development of kids’ brains negatively, and effectively ‘re-wiring’ them.

However, the latest report, from University College London, asserts that over 130 earlier studies have failed to look at effects of ‘typical’ Internet use of adolescents, and that in fact this isn’t damaging.

According to Sky News, Kathryn Mills, the author of the study, claimed: “All experience is effecting our brain on some level but the claims that Internet use is ‘re-wiring’ our brains, I think, might be a bit bold.”

“We have, as humans, been introduced to many different technologies across our existence and we seem to adapt to a world with these technologies and our brains adapt accordingly. I believe that major fundamental structural differences will not be found.”

Mills did clarify, though, that finding a lack of evidence that there’s any effect isn’t the same as finding evidence that there’s no effect. And of course, there’s quite a difference between moderate levels of web surfing, and a child who spends much of the day on the net – some previous studies have focused on problem cases of children who are truly addicted to the net (or more broadly, their computers).

Needless to say, spending a good deal of time on a PC is going to have an impact on social development, even if it isn’t rewiring the brain in some major way.

Baroness Susan Greenfield, the famous neuroscientist – who has previously argued that the net, and particularly social media, is affecting the frontal cortex in terms of development – was skeptical of the findings, and said “the situation is a complex one”, and that Mills needed to define what she meant by ‘typical’ use of the net, and the exact nature of what harm is (or rather, isn’t) caused to the brain (addiction, effects on memory, and so forth).

There are, of course, other issues with kids spending a fair amount of time on the net – such as online safety. And indeed there’s the subject of mobile phone usage, the effect of which on children was a topic that popped up yesterday.