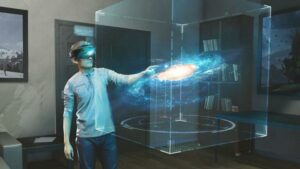 Kids are our most important asset. They are what assures our lives had meaning beyond our lifetimes. Given that, we really do not focus much effort on assuring that they have the best opportunities growing up. We focus on our jobs, our personal relationships, and our hobbies. Kids, rather than being an integral part of all of that, are often things, like pets, we pass off on others. Technology could either go a long way toward fixing that, or move like it does today with cell phones. That is, surround them with distractions that can get them injured or killed; bury them in false news which can destroy their lives and countries; and make them victims of bullies and predators who use this technology against them.

Getting kids technology that is more focused on education than entertainment and questionable communication and assuring they know how to use it is therefore critical to their, and our, future. Microsoft this week announced 10 Products that use Windows 10 S that are both more affordable and safer than most other alternatives.

However, there is another effort from Microsoft that is not as well known, more expensive, but potentially far more effective at creating kids that can better assure their own future. That is their use of HoloLens which is, apparently, doing amazing things for STEM Education but could also help kids grow into better adults.

I was going to do a competitive comparison between Google and Microsoft and talk about why Microsoft’s Windows 10 S effort was superior. But in thinking about what is best for kids, competition between two of the most powerful companies in the world does not get us there. Cooperation does and both companies have massive lobbying campaigns (Google, currently, has the largest lobbying budget of any company regardless of industry which is a tad frightening). These campaigns should help convince government(s) to spend more effectively to advance education, not just on STEM courses, but to create scenarios and training for life. I am thinking of everything from what to do during a terrorist attack or natural disaster, to how to comport yourself as an employee, parent, or manager.

Companies like Google and Microsoft are run by engineers and if there is any group that needs training more in social interaction I am not sure I know of it. The entire effort should be more about creating better kids than on who sells the most hardware to them. Best, in this case, and in our own best interest, is not the best priced product but the solution that best prepares kids for the world ahead.

I immediately fell in love with Microsoft’s HoloLens effort and think it could point the way to that better future. While currently the HoloLens effort focuses on STEM (the sciences) it would be an ideal tool to emulate interactions and foster collaboration across great distances. It would also allow boys and girls to experience aspects of life through each other’s eyes and foster deeper understanding between the sexes early on. And prevent the kind of abuses that appear common today.

This technology could also be used to find children who lack empathy early on and help address the problem before they become adults, and help prevent their hurting peers or strangers. HoloLens could help education become more holistic, more inclusive, and help children become worldlier.

The most useful things I learned in school were not STEM, they were skills I picked up, often by accident, that taught me how to behave and interact successfully with others. Some of those critical skills were not learned until decades later and, were I to be sent back in time, there are a lot of things I would do very differently with the knowledge I currently have.

The announced Windows 10 S notebooks will make kids more productive and safer, but the use of HoloLens could, potentially, make them better people. That should be the bar.

For The LGBTQ Community, Getting Help For Addiction Can Be Scary