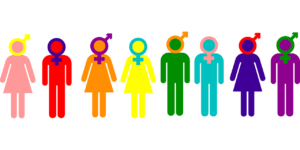 Anyone battling addiction is going to need strength and perseverance to make it through to sobriety. However, if you’re part of the LGBTQ community, you need a higher level or strength. While most people can check themselves into any rehab center and go through treatment, you have to face the potential for discrimination even while you recover.

Discrimination is a real thing, and it’s not going to disappear anytime soon. When you’re already in a vulnerable situation, you can’t overlook the consequences of putting yourself in a situation where you might be subjected to discrimination or physical violence.

When you get committed to treating your addiction, you’ve got to be selective about where you get that treatment.

The real rate for addiction in the LGBTQ community is unknown

Although studies indicate substance abuse might exist among 20-30% of the LGBTQ population, it’s just speculation. When it comes to matters of health, research with the LGBTQ demographic is severely underfunded. When it is funded, that funding is unevenly distributed.

In fact, the National Institute of Health (NIH), an organization that claims to be the nation’s premiere research agency, largely ignores the LGBTQ demographic.

Professor Jeremy Goldbach, Ph.D. points out that “less than half a percent of all [National Institutes of Health] funding went to LGBT issues, and within that half a percent, 82% was focused on sexual risk and HIV. So if it’s not about sexual risk or HIV – and primarily in adult gay men… we basically have no idea about the true statistics.”

Although the exact numbers are unknown, we do know that substance abuse and addiction affects many LBGTQ people, and everyone deserves to recover in a safe space.

You should be picky about your rehab center

Your friends and family want the best for you, but sometimes they don’t know the “just do it” mentality isn’t always supportive. As a member of the LGBTQ community, you can’t just jump into any rehab center. Your hesitation might seem like an excuse to the outside world, but it’s actually a valid concern. You need to know with certainty that the rehab facility you choose is a safe space.

If you live in an area where discrimination is an intense cultural norm, you may want to consider going to rehab out of state, specifically in a more accepting area. You have to be aware that your local rehab center will probably be filled with locals. If most locals are prejudiced against the LGBTQ community, it’s not going to be a safe place for you.

Finding a safe rehab space is imperative to your recovery

Friends and family have the best intentions for your wellbeing, but don’t always understand your situation. There’s a level of intensity that comes with being LGBTQ that makes even the smallest aspects of life more difficult when you’re not in a safe space. You can try to explain it to others, but without direct experience they can only grasp it as a concept.

For instance, family members often expect transgender individuals to put aside their gender identity and just deal with being housed with people of their birth gender until they complete their rehab. They don’t understand that being in a situation like that is often what caused the addiction in the first place.

If your friends and family are trying to help you, but don’t understand why you’re insisting on being so selective, you can always refer them to other resources that explain the situation. Sometimes people are more open to ideas when they come from sources perceived as an authority.

For instance, American Addiction Centers explains how the deck is already stacked against LGBTQ individuals seeking even basic medical treatment. Although it’s getting better, it has a long way to go. They point out that even programs that claim to be supportive may not always be. And sometimes programs are supportive of only the LGBT portion of the population, and leave out the T.

“Recognizing these issues can be especially important for residential treatment,” they share in their LGBTQ rehab guide. “Something as simple as making sure transgendered individuals are housed with their self-identified gender can make an important difference in the result of their treatment.”

Your wellbeing is worth fighting for

Addiction is a struggle, and recovery can be, too. That doesn’t mean it’s not worth fighting for. Don’t be afraid to stand your ground about the rehab facility you choose, but be a participant in your own recovery. If you don’t like what’s being suggested, get on the phone, make some calls, and help your friends and family find a center you feel comfortable with.

Windows And The Future Of Education

Weight Loss in 2018 – What Can You Do Differently