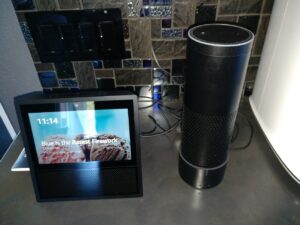 The technology industry often amazes, sometimes it is with good things like the new Tesla Model 3 or the original Amazon Echo, but sometimes it is because it seems to toss aside proven successful strategies in favor of those that failed. Apple, last decade, was a prime example of using a strategy that almost wiped them out, and yet with the HomePod appears to be executing a strategy that failed against them. It is notable ironic that the company that initially deployed both strategies was Microsoft first winning with Windows and then losing with Windows RT against the iPad.

Let me walk you through it.

Of course the strategy I’m talking about is “Embrace, Extend, Extinguish”. We first saw this strategy in tech with Windows. As the story goes Bill Gates first approached Steve Jobs to license the MacOS and, after he was refused, he basically created a MacOS clone with Windows. However, Microsoft’s strongest use if this strategy was actually against Lotus 1,2,3. They first made sure all of the scripts that were in Lotus 1,2,3 worked, “embrace”, then they wrapped Excel into a bundle called Microsoft Office, “extend”, and then they moved aggressively to make Office the new desktop productivity standard, “extinguish”. And Lotus 1,2,3 was gone.

Apple’s best example of using this strategy was likely the iPod. The dominant form of portable music at the time was the Sony Walkman which used CDs. Ripping CDs back then was hard but Apple made it easy allowing someone to put the CDs, they had been using with their Walkman, digitally on their iPod (that was embrace), then they expanded the capability of the iPod for more and better playlists and moved it to work with both PCs and Macs (extend), and finally marketed the hell out of it to make sure everyone and their brother bought one (extinguish). And presto no more Walkman.

The most recent user of this strategy was arguably Google with Android where they embraced the developers and the concept of music, certainly extended aggressively Android to do more things, but then seemed to lose interest when it came to the extinguish part and, although Android is dominant, it hasn’t yet (nor does it seem likely it now will) extinguish iOS.

It is hard not to recall the sad story of Microsoft Zune. On paper it was the ideal “Embrace, Extend, Extinguish” product at first. It was to use iPod playlists, you could share music (which you couldn’t do with the iPod), it was wireless so you could stream to it, and it played video so it had all of the elements. Well at first. Microsoft never executed on using the playlists so embrace failed, you could only share music if both parties had Zunes and music subscriptions, and getting video on the thing was a nightmare so extend failed, and without embrace or extend, extinguish was unachievable and Zune itself was extinguished instead. Execution sucked.

Now if we look at the HomePod, it is an alternative to the Echo but other than the voice interface it really doesn’t embrace the product. If you were to switch between the Echo and the HomePod you’d largely have to start over training the HomePod. In addition, its one advantage, improved sound, is largely offset by a massively higher price. So, you not only have to retrain it you have to really want the better imbedded speaker and not realize you could, with the Echo Dot, get to an even better sounding product with third party stereo speakers for less money.

HomePod Should Have Been Echo Show

A lot of time has gone by since the iPod launched and Apple now has video content and has a decent video conferencing product built into their phones, PCs, and Tablets. Rather than coming out with a different version of Amazon’s launch offering they should have instead done their spin on the Echo Show which then could have used Apple’s own video offerings and Facetime to create a very different experience. While embrace would have been light, the existing users of Apple’s home automation, music, and video properties would (and still largely will) have provided a foundation and the strong extension in these other media types coupled with a more attractive Apple design would have likely carried the rest and even helped justify the higher resulting price.

Still, extinguish would have been hard because Amazon sells their devices close to cost and Apple requires a massive margin so running against Amazon would have always run up against a huge price disadvantage.

The strategy that has been the most key in determining winners and losers over the last few decades has been Embrace, Extend, Extinguish (to a large extent Amazon itself uses this with Amazon Web Services today). It is amazing that even though Apple was first hurt by this strategy and later successfully made it their own that they have largely forgotten it post Jobs which I think will assure the failure, rather than the success, of the HomePod against Amazon and yet one more avoidable post Steve Jobs failure.

It didn’t have to be, but here we are. It just seems strange to me that this strategy, which has been so successful, is so easily forgotten. This would be like if you had a recipe for a meal that everyone loved but decided not to never use it again for any reason. Granted Sun Tzu wrote a strategy book that is now thousands of years old and basically teaches how to win. Folks don’t seem to really follow it closely either. Go figure…