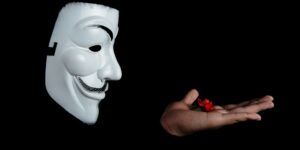 Individuals and businesses can expect to pay more to protect themselves from cybercrime, year over year, for the indefinite future. In fact, cybercrime damages could cost an annual $6 trillion (with a steady increase from there) starting in 2021(according to Cybersecurity Ventures). Considering cybercrime was only a consideration for the most technologically advanced organizations just a couple of decades ago, this growth rate is egregious—and could be affecting your profitability.

So why is cybercrime getting so expensive, and how much further could it grow?

The Costs of Cybercrime

Let’s start by breaking down the total costs of cybercrime:

Costs in each of the four above areas are on the rise. So what’s responsible for this gradual creep?

The cost of cybercrime is unlikely to go down anytime soon, and may not stabilize for many years. The more advanced our technology becomes, and the further it reaches, the more vulnerable we are—and that vulnerability is associated with a cost. Still, the most cost-efficient way to address these expensive challenges is to invest in proactive security measures; building better systems and protecting them will always be cheaper than trying to recover from a direct attack.

Bitcoin, Taxes, & The Future of Cryptocurrency

What Is Demand-Driven Manufacturing?