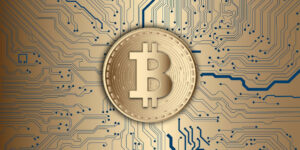 Cryptocurrency and its introductory form of Bitcoin have been the talk of the financial realm since its creation in 2009. The idea of a more transparent currency that isn’t supported by the government (and therefore, big banking) intrigued some people, but Bitcoin’s explosion in value caught the eye of anyone who would like to make money — i.e. everyone.

Many people like the concept of Bitcoin, but don’t necessarily understand what a Bitcoin is or how it works. These misunderstandings have led to the loss of money in miscalculations in investing as well as being taken advantage of by hackers and criminal schemes. So, do you understand Bitcoin enough not to get duped? Or, are you afraid to involve yourself with cryptocurrency altogether?

Read below for an introduction to Bitcoin, how it operates, and other “scary” terms associated with cryptocurrency.

Why Bitcoin is so Obscure

To understand Bitcoin, and cryptocurrency in general, you must first understand the reasons behind its creation. Following the financial crisis of 2008, Bitcoin was created by a developer — or group of developers — under the guise of a man named Satoshi Nakamoto as a way to eliminate the banking systems who had long tainted and ruined the trust of the fiat currency. Fiat currency, or government-backed currency, operates on credit and the trust that people have the credit to support the transactions they make.

Any currency and transaction operates on the faith that there is some credit backing it up. With this faith destroyed by the banking systems, Bitcoin was released as an open source software as a way to take the demonstrably corrupt big banking institutions and government out of financial transactions. No government involvement means that Bitcoin and its subsequent cryptocurrencies are decentralized, which is the essence of Bitcoin.

Nevertheless, Bitcoin transactions still need to be regulated. In other words, there must be a way besides banks and government — or any third party — to determine that there is enough credit backing a Bitcoin transaction to keep the faith and trust of the currency alive. This trust is created and regulated when blockchain technology steps in. Blockchain technology eliminates third parties by computing and recording cryptocurrency transactions by itself. Furthermore, it keeps an “open ledger” of the value exchanged, every purchase, and further data, creating a transparent atmosphere in which it is feasible to look back at your transactions. An illustration by AID:Tech might better explain how a blockchain works:

Since it is a decentralized currency, in many respects it is often dismissed as a valid form of currency. To further complicate cryptocurrency, its full potential has yet to be seen since it is still in its infancy stages. However, in recent years, Bitcoin especially has shown its might by exponentially increasing in value. This increase in value is turning many heads and changing the conversation from dismissing Bitcoin to questioning if it can replace fiat currency. But the new discussion comes with a different issue and must take into the account that cryptocurrency, specifically Bitcoin, is a volatile market — especially for investors.

Can you imagine a world without a physical representation of money? We have been inching toward this with virtual wallets such as Apple Pay, but it is hard to let go of the notion of physical cash. Bitcoin and cryptocurrency, despite being portrayed in images, actually cannot be illustrated. As the US dollar is a physical entity you can hold, cryptocurrency is virtual — meaning you can’t fold it up and put it in your wallet or purse. For this reason, the shift from fiat money to cryptocurrency, if it happens, will be a very prolonged process.

However, with Bitcoin comes the transparency and security of blockchain. Cryptocurrency, at least for now, will likely run alongside fiat currency as a supplement. Blockchain technology, however, has the potential to provide the security and prevent global fraud in seconds. The devices of IoT are painfully susceptible to various fraud. Ontrack puts its faith in blockchain, understanding that “Blockchain technology has the potential to disrupt this industry by removing the ‘middleman’ and creating efficiencies through various parts of the value chain, such as payments, pricing, transfers, smart contracts, identity fraud and investments.”

Blockchain could be a way to keep all of this transactional data safeguarded and appropriately processed. Below is yet another significant hiccup that has been built into the foundation of Bitcoin that is preventing it from being a widely accepted form of currency.

Can Cryptocurrency be Taxed?

As stated above, Bitcoin was founded on the idea to cut out the middleman (banks and government) in the process of a transaction. Furthermore, it is a virtual tender and taxing cryptocurrency is like navigating murky waters at this point. The regulations aren’t always clear when it comes to taxing cryptocurrency, and crypto owners seem to be uncertain as well.

Tax experts on cryptocurrency at Villanova University state that, “cryptocurrency holders are either unaware entirely that these tax implications exist, or are intentionally declining to adhere to them; only 802 people reported earnings related to digital assets to the IRS in 2016 — despite the fact that Coinbase, one of the most popular cryptocurrency trading platforms, hosted over one million user accounts in that year.” The transaction and trading of cryptocurrency are taxable and treated the same as capital gains and/or losses.

Essentially, conversion of your cryptocurrency into the US dollar is required, and payment dates must be documented to get an understanding of the value in fiat currency so the IRS can carry out tax regulations. As you might have guessed, not reporting your cryptocurrency may be treated as tax evasion.

Cryptocurrency and blockchain technology, while showing enormous promise in multiple industries already, is still working out many kinks. As both technologies develop further, we might see drastic changes in taxing implications, how it can compete with fiat currency, and how it operates entirely. As it stands right now, cryptocurrency has a lot of growing to do.

How to Improve Your Organization’s Energy Output

Why Is Cybercrime Getting More Expensive?