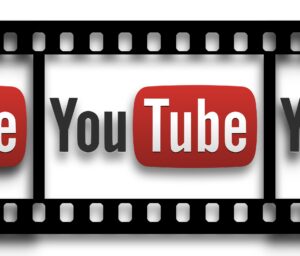 When consumers continuously cross paths with industry giants, it’s easy to forget that anything else exists. For example, if you’re looking for a search result, you likely turn to Google. If you need to do a bit of online shopping, you end up browsing Amazon. Want to find a piece of video content? More likely than not, you’re heading over to YouTube.

While each of these platforms may be the most popular in their fields, that doesn’t mean alternatives don’t exist. So while YouTube is currently the king of video search platforms, it’s still one of many choices in an incredibly diverse digital landscape.

Is YouTube really all it’s cracked up to be?

While YouTube is frequently the go-to for discovering new video content, in recent years, the site has been plagued by controversy, unpopular features, and its own fair share of PR nightmares. From demonetizing popular content creators to implementing algorithms that bury smaller channels in order to serve up preferred content, the video monopoly has made quite a few missteps as of late. On top of that, as more and more viewers become savvy to the complications surrounding privacy, especially when dealing with a Google brand, it’s no surprise that many browsers are looking to find a less intrusive, more diverse platform to use.

A large part of this correlates with YouTube’s unique relationship with advertisers. It’s not a new concept to say that advertisers largely control what you see and how you see it, be it on TV, social media, or in print. YouTube is no different and often buckles to the will of their advertisers when it comes to their monetization policy. These advertisers are also ever-hungry for prized demographic information which YouTube tries to collect through profile options, viewing histories, and preferred content.

There is no shortage of platforms that have been described as “YouTube-killers,” though few have succeeded in converting users. Especially seeing that many of these options are paid streaming services, it’s unsurprising that they frequently find it difficult to compete with a free service. Sure, YouTube does have alternate revenue streams such as YouTube Premium and YouTube Live, but at the brand’s core, it’s free for use. Plus, since the company is such a dominant force, it means that most video content across the internet moves through YouTube. Luckily, one brand believes there’s a better way.

Petey Vid calls itself a “democratic video search engine” and, at a glance, it makes complete sense. Not only does the engine respect user privacy (in fact, it’s one of their core values), it also works to better diversify the video content that searchers are able to find. This is done, in large part, through a network of crawlers that are working to rapidly index content not just from YouTube, but from dozens of other sites and providers. This makes content searches simpler and more streamlined, allowing users to search for “genres” of content via hashtags.

Craig J. Stadler, the CTO of Erie Data Systems and founder of Petey Vid, sums it up quite concisely: “In the early stages of the idea of creating a new video search engine, overwhelmingly users told me they had forgotten about all the various other platforms (other than YouTube) out there, so I knew it was time to create something to provide the variety of video sources users wanted.”

In an age where niche markets are thriving — even when facing stiff competition from the major monopolies — it’s a sentiment that resounds heavily with web users. And, to their credit, the creators of Petey Vid have in no way positioned the service as anti-YouTube. Rather, their ultimate goal is to provide users with a more holistic view of video content and the internet in general. After all, there’s a seemingly endless amount of webpages, content creators, and video services out there.

Petey Vid is simply asking “Why are we only using one?”

How Reservations.com plans to disrupt the travel industry

Becoming an Investor in the Digital Era