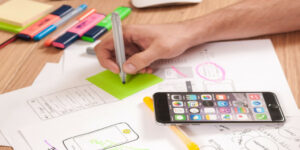 There’s been a lot of debate about the influence of mobile app development. Arguments have raged across the internet about whether an app is “must have” for a business, or whether the return on an app is so low that they just aren’t worth the money.

Perhaps unfortunately, the real answer might be … Both. Or, more accurately, it depends.

The truth is that as direct money-makers, apps are just too much of a saturated market. If you’re thinking of creating the next social media app, the next big mobile game, or some other function that’s already being fulfilled … You’re probably out of luck before you start.

On the other hand, for a business whose audience engages with it on mobile, an app will likely become absolutely necessary in order to keep up with technology and competition.

So where are developers going to find the most lucrative opportunities in the near future?

Convenience Apps for an Existing Audience

The saturation of app stores makes the marketing prospects for app development rather dull. But as a step later on in the marketing funnel, to streamline user experience, apps are becoming more and more necessary. In 2015, mobile searches surpassed desktop searches for the first time, and the trend of mobile use to access services we rely on has only gone up.

That in itself may not indicate a growing demand for app use, but there is a logic that follows here, I promise. For a business which receives a good deal of traffic from mobile, it becomes a very, very good idea to create an app. Why? Because people engage more willingly and freely with an app than a browser on a mobile device. It’s not the first step — a mobile-responsive site is the first step. But once people are engaging with a business on mobile, an app becomes a much more appealing prospect.

In certain areas, especially e-commerce, an app increases the engagement of users and brings up that bottom line with every interaction. The popularity of banking apps, storage apps, and other cloud service apps is a testament to the simple fact that usability is king for profitability. If a business has a service that it can deliver remotely, sooner or later the smart money is on doing it with an app.

The Internet of Things and Security

When someone says “the internet of things” (IoT) what they means is … Apps. Apps connecting and communicating with each other. It’s a different type of connectivity and data transfer — thus the different name.

With the convenience of IoT comes risk, and a good deal of it wasn’t realized until breaches occurred. As companies come to terms with the costs of weak security, demand for a security skill set in developers is increasing. IoT security is a quickly growing trend and a source of lucrative business for the developers who can get a handle on it.

Here’s a trend that took way off. With high numbers of obesity, diabetes, and heart disease among Americans, there’s a high demand for health management technology that can help people control their conditions without visiting health professionals all the time. Health apps are a quickly growing market, and their market value is only growing. By 2020, the global mobile health market is projected to be worth almost $60 billion.

With the potential of telemedicine to provide medical services to rural communities, the popularity of even simple fitness apps, and the potential for people to keep track of real-time data about their heart health, blood sugar, and other conditions, it’s an app market that isn’t going away any time soon.

The exchange and trade of currency online is becoming a bigger trend, thanks in no small part to the meteoric rise of cryptocurrencies based on blockchain technology. While the technology itself is extremely secure, the apps that interact with cryptocurrencies are … Not so secure.

Better development practices are sorely needed in the field of cryptocurrency and in mobile payment platforms, which until now haven’t seen a surge of popularity. But Paypal’s collaboration with Android Pay may improve the market for online currency apps. The sure thing is that wherever finances are concerned, there will always be a need for apps with better security. Staying ahead of fraud and hackers requires constant vigilance.

There we have it. Despite the naysayers, mobile apps have proven their versatility and that demand for them is far from dead. For developers, if you follow the successful trends and pick up the new skills that businesses need, you should see a lot more projects in the next few years.