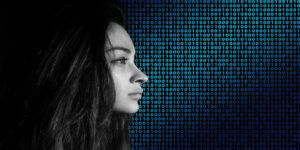 The Internet has been around since the 1960s; however, it only became widespread some 20 years ago. It is obvious that the Internet has not only transformed the world we live in – it has also changed us.

In this article we will explore how the internet has influenced the way we speak and write. Our mobile devices automatically correct our spelling mistakes, students use paid services like Essayforme.org to get their papers done on time and messaging apps have created a whole new method of communication with the help of emojis.

Do you remember those times when people believed that the Internet would ruin the language? Now this fear seems ridiculous. Statistically, the global literacy levels are on the rise, and some research even reveals that millennials read more than other generations – digitally, of course.

The so much hated acronyms and abbreviations are barely used, as people realized that they created more confusion rather than clarity. Some are still lingering, like FYI or TMI, but most are either utilized on particular web platforms like Reddit or Tumblr or resorted to in moderation.

Basically, the Orwellian dystopia did not become a 21st century reality as many grammar Nazis and literature freaks speculated. Like all extreme ideas, this one turned out to be a product of sheer panic. People tend to imagine the worst case scenarios when they face the unknown.

The good news is that the English language is alive… and thriving. The number of speakers increases exponentially, as it is becoming practically impossible to get a job without English. However, there are downsides to it too, in particular, for other languages.

It is no news that English occupied the Internet. On the one hand, it is a positive phenomenon as it allows for more people from different backgrounds to be heard and understood. On the other hand, many national languages lag behind in their development because of the English hegemony.

Many argue that even English, although evolving rapidly, leans towards simplicity rather than lexical or grammatical complexity. However, it is important to remember that any language is multifaceted. It is natural for people to prefer simple words in daily speech, while using fancy lexis in the official setting.

Where Is the Truth?

The truth is that the language is simply changing. It is hard to evaluate whether the transformation is positive or negative. It all comes down to your own taste. Of course, some languages are being superseded by English, which is a bad outcome of globalization. However, where’s the middle ground?

It is true that nobody today talks like Charles Dickens. However, do you really think folks in the 19th century England ever talked like that? People of all times preferred simpler terms to convey their thoughts. The Internet just expedited the new words’ coinage.

There will be novels, and there will be lolcat speak. If anything, the Internet broadened the language use to involve… cats. Cyberspace triggered the dissemination of creative ideas, so that not only highbrow college intellectuals, but also cute fluffy creatures have a say.

It is hard to predict the further development of the Internet and how it is going to transform the language. It is clear, however, that what is in style now, may be gibberish in just a couple years. Thus, there is no reason to panic just yet. Give a new trend 10 years, and see if you still remember it then.

The Internet definitely has its issues, like privacy violation, security concerns or intellectual property rights. The language is definitely not on the top of the list. It is okay to have qualms about the future of English – who does not enjoy a well-written novel? However, such worries tend to be exaggerated.

There will be authors, and there will be Internet meme creators. You won’t write like Shakespeare in your average text. However, you definitely won’t risk omitting vowels in your school essay. Thus, although the Internet does change the language, the transformation is not fatal.

How to Plan the Perfect Proposal

How Much Health Insurance Cover You Need