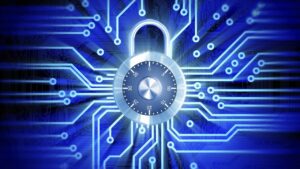 Experts predict that the cost of cyber breaches is going to rise‌ to $10.5 trillion by 2025. Companies that have experienced a cyberattack know that these attacks also damage their reputation when a breach goes public and can waste time and effort in lawsuits that follow.

Also, they’ve become aware that anyone can be a victim of a cyberattack — even those that have already been targeted. As the FBI director Robert Mueller reminds us: “There are only two types of companies. Those that have been hacked, and those that will be.”

For those that don’t know a lot about hacking, the possibility of a cyber breach can cause a lot of anxiety. Others might not think about ‌data breaches until they become the next victim of the attack.

How do cybercriminals actually hack your organization, which tools and software do you need to protect your business, and how can you manage your security all year round?

How Does Hacking Work?

In a nutshell, hacking essentially involves discovering the weaknesses of an organization and exploiting them. Once a flaw is found, hackers can use it to get into your system, gather information, or halt access to your network.

Vulnerable points can include a lack of software that protects the company, leaked credentials on the dark web, an IT team that doesn’t properly use the security tools, or employees that need basic cybersecurity training.

Those that aren’t cybersecurity experts might imagine hacking to be like something they’ve seen in the movies — typing the “magic” code really fast while opening multiple tabs.

However, while coding is part of hacking, cybercriminals are more likely to start by exploring what they can find out about your organization on the internet and use what they have at their disposal.

Not every hack is personal. Cybercriminals might target your organization because it’s easy to target you. They may have already found leaked passwords of your employees, which they can use to gain access to your system.

Besides gathering information that is easily available online, there is also a technical aspect to hacking that requires written code.

Cybercriminals that are more knowledgeable write unique code to target the organization in question. Hacking techniques can also easily be found and copied — giving even those that are less tech-savvy means to conduct a cyberattack.

How to Set Up Strong Cyber Defenses

Strong cybersecurity has more than one software to protect the company, an IT team that manages the security tools, and clear protocols that describe what to do in case of attacks.

As a small business or an individual, you’ve probably installed a basic Firewall and anti-malware. They will protect you from known common attacks such as phishing and adware (ads that contain viruses).

For a scaling organization that keeps adding new tools and technology, security is more complex. You might need different tools to protect the cloud that allows remote employees to connect to your devices, or software to guard developing applications.

Another feature of every strong cyber defense strategy is that it’s properly managed. Companies that have a lot of tools to protect their companies mostly have IT teams or additional cybersecurity experts for that exact purpose.

Teams ensure that your security tools work and pay attention to high-risk flaws in the system that can appear at any time.

Protocols are also important in cybersecurity. In case of an incident, your employees should know what to do, but they should also have the guidelines that help them manage systems daily.

How to Better Manage Your Security

Installing antivirus software is not enough. Your organization is continually changing and developing. Any new updates or logins from your employees might cause a vulnerability in the system.

Your network changes in minutes and has to be managed to keep up with frequent alterations within the system. All the tools that you have for protection need to work properly and be regularly updated when new threats or flaws are discovered.

Keeping up with the latest threats that have been described in the databases such as MITRE ATT&CK Framework and discovering potential risks within your system are key to successful security management.

Management of the security was once only done manually. Nowadays, you can delegate the task of security management to strategies such as Attack Surface Management.

Most companies combine artificial intelligence that can mitigate known attacks and IT teams that can detect and patch up flaws within their system — as well as defend the network against more sophisticated attacks.

Attack surface refers to everything that can be targeted during the hacking attempt — including your cloud storage, remote employees’ endpoint devices, and even corporate emails.

Finally, the Attack Surface Management tool generates reports that highlight the high-risk flaws or threats that could turn into incidents.

Insight into what a hacking attempt might look like is important because it helps you understand what the next logical steps are for the cybersecurity of your company.

Fool-proof security is a layered one. Choose protective software that covers all of your devices and technologies that can be vulnerable, as well as an IT team that is trained in cybersecurity and can manage all the tools that you have at hand.

Once you have all the protective software and people who look over them, you have a network that is ready to successfully defend itself from cyberattacks and possible data breaches.