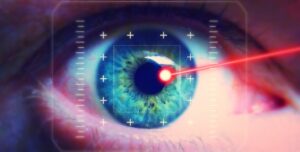 Biometrics is the term used to refer to metrics related to human characteristics, proving to be a crucial element in the development of technological resources for access control and identification. Since biometrics are distinctive, measurable characteristics for defining individuals, science has work to not only use this kind of data for plain security resources as personal IDs, driver’s license or passports, but also as a way of reaching a further understanding of behavioural characteristics by studying DNA, voice, retina and so many other variables ought to be considered.

Cultural manifestations such as movies and books have been predicting the trends on biometric technology advancements for quite some time by now. Either by talking about fingerprint authentication back at 1989, retina scans and voice ID during the 60s, we can surely establish a link between sci-fi imagination and what reality proved to be like many years in the future.

Has science reached a point in which everything that could be said on biometrics is actually done? Most certainly not, so please join us in discovering what biometrics can do for technological advancements in 2017.

Not everything refers to a secure login method for restricted access areas as what we can see in movies, and certainly, marketers and software developers have been doing a terrific job in putting biometric data to the service of several industries not only for enforcing security measures but also for crafting a smoother UI experience.

Samsung Pay and Apple Pay can be labelled as some of the most prominent, not to mention extended, applications of biometric data in the financial area, requiring iris recognition or fingerprint authentication for purchases made in the store and online payments. This politic applied by the two mobile technology giants in a short span was triggered by the latest tendencies led by hackers for stealing credit card information through potential liabilities shown by applications or the operative system itself.

Banks are also taking a step towards biometric technologies for login as current two-step authentication methods are either ineffective or prove to be a nuisance for users who just seek quick access to their account data whenever needed.

But that’s not the only application of biometrics for mobile devices as some video games are slowly adapting their technology to bring the gaming experience to a new point: reducing stress. With the help of devices like heart rate monitors, games can increase their complexity level as long as your anxiety levels don’t reduce, reaching up to a point in which users cannot keep advancing unless they calm down. Among the ever-growing range of options to consider in this new industry, the indie horror game Nevermind is much appraised for helping to develop anxiety-managements skills to put into practice in real life.

One exciting project that has been covered by news networks these days is the now officially published patent from Apple on the development of a set of Earbuds with Biometric Sensing. For those outsiders to the Apple’s world, Earbuds are the headphones included with the package of every iPhone and iPad, with a sleek design which through 2016 have been exposed to a drastic change with the removal of the 3.5mm jack for iPhone 8 devices to be released.

Now Apple takes their stakes a step further by adding biometric sensors within these products. The reason behind this strategy can be directly linked to their Health app, which happens to be a powerful and reliable resource for tracking not only our physical activity but also to monitor variables like sleep time, heartrate, etc. if used properly and in combination with adequate gear like the iWatch. By implementing biometric sensors to their Earbuds, Apple can take precision to a new level, although is yet to be seen how the sensors are going to handle the natural movements of the body when walking or any other physical activity and not compromising data gathering during the process.

Are biometric data reviews an answer to tomorrow’s technological developments to unfold? Most certainly, as product manufacturers will seek to create tailored solutions for users that constantly search for that outstanding product that makes them feel unique. Possible scenarios in which biometric readings can take a key role can be tied with the uprising of VR visors like the OculusRift, for, what could be, video games. Only time will tell how far technology can reach and the final impact on our life quality.

Memory Cards for Digital Cameras: What You Should Know

What are the best camera phones for 2017?