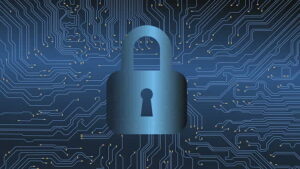 Account takeover is not a new fraud in the cybersecurity world. In fact, both small and established businesses have been dealing with account takeover for quite some time. This is especially true for companies in the financial industry, including online companies, lenders, and banks.

That is why all businesses need to adopt stringent measures to tackle this growing menace. Learning more about this vice is the best place to start. In the following guide, we will be discussing everything you should know about account takeover and how you can stop it.

For starters, an account takeover is a form of identity theft. Identity theft can be defined as the unlawful act of obtaining personal or financial credentials belonging to another individual or organization. While it is committed in various methods, all identity theft cases end with economic damage and a damaged reputation to the victim.

Now, account takeover means the unlawful act of using another person’s login credentials to obtain products and services unlawfully. Cybercriminals usually steal users’ credit card numbers and passwords to conduct illegal transactions. They can also use the information to withdraw funds from the victim’s bank account.

Most account takeover accounts rely on bot attacks. Automated and programmed bots allow cybercriminals to compromise several sites at a go. In most cases, account owners usually notice that they are compromised long after excessive billing has already occurred.

Cybercriminals use various methods to illegally acquire user information, as mentioned earlier. These criminals exploit vulnerabilities in the networks and user accounts to gain illegal access into users’ accounts. They will then use various techniques, including social engineering, man-in-the-middle attacks, credential stuffing, credential cracking, and malware replay attacks to take over an account. Let’s discuss these methods in-depth below:

Man-in-the-middle attacks are similar to social engineering attacks. However, cybercriminals focus on intercepting your communication with a legit company in these attacks. Apart from that, cybercriminals can also impersonate an individual and take action on their behalf. These attacks usually occur if your JavaScript vulnerabilities are exposed, or your network is not secure. Common examples of such attacks would be:

· Different HTTP and TCP signatures in a session.

· Abnormal increase in the amount of failed login attempts.

· Educate Your Employees or Users

While it might not seem like the best way to fight account takeover, educating your employees or users will go a long way towards helping your business to win the war against account takeover. Teach them how to create strong and unique passwords to stop these attacks. A strong password should contain a mix of lowercase, numbers, alphanumeric characters, and uppercase letters. It should not include common names and should be changed frequently.

· Add DNS Filtering on the Endpoints

Taking all these steps will amount to nothing if you fail to protect your DNS. Protect your company’s DNS. Protecting your Domain Name System allows you to spot and prevent account takeover attacks before they occur.

Although account takeover cases have increased in the last couple of years and companies have lost billions in these attacks, you can still win the battle against this frustrating vice if you encourage your users to use strong passwords. Investing in effective solutions will also help.

Top 10 Most Profitable Professional Sports Leagues in the World

UNISOC T618 vs. Snapdragon 675: Which one has better performance?