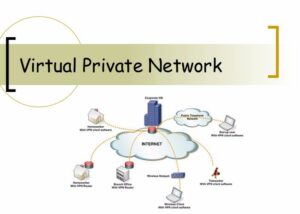 In a Virtual private network, data entering the tunnel gets encrypted. This encrypted data travels its length in the encrypted form, only to be decrypted at the end of the tunnel and then reach the destination. Now, since VPN is complex, it requires multiple pair of keys, such that encryption can be done efficiently. That’s where the protocols kick in! A site to site VPN uses either GRE (Generic Routing Encapsulation) or IPSec (Internet Protocol Security) protocol. The GRE protocol typically gives the framework for packaging the passenger protocols, which are to be transported over the IP. This framework gives info related to the type of packet to be encapsulated and the strength of the connection between the receiver and the sender.

IPSec protocol secures the traffic on the internet protocol network while encrypting the data between devices like routers, firewalls, servers and desktops. IPSec makes use of two sub protocols which help the VPN get instructions on ways of securing the packets passed over it.

These are the protocols and encryptions used in VPN. If you wish to take service of a good VPN service provider, we would request you to go through the ExpressVPN review and take an informed decision. Did we do a good job in explaining the encryption and protocols used?