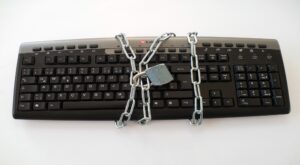 The Internet was invented to share information, but that doesn’t mean all forms of data sharing are acceptable. Ordinary individuals post a wide variety of personal facts online, many of which could do serious damage if they fell into the wrong hands. Yet few users have taken the precautions to control who can see this information, and many rely on digital services that actively spread it to as many parties as possible. As a result, privacy is severely lacking in the modern digital age, putting a wide range of people at risk.

As serious as this privacy issue is, the solution may not be far away. Online platforms like FortKnoxster are taking advantage of blockchain technology, decentralized storage, and advanced encryption, allowing them to minimize the risk to users’ data. Combined with changing the incentive structure for businesses on the Internet, these platforms have the potential to dramatically improve digital privacy for the long haul.

Most Internet users fail to comprehend just how badly their privacy is at risk when they go online. In part, this is because they do not understand all the ways in which seemingly benign data can be misused. As hackers adopt increasingly sophisticated methods and technologies, they gain the ability to:

In addition to the sheer amount and variety of data that people post online, privacy is undermined by the nature of modern digital storage. Users increasingly rely on cloud storage, meaning they hand their data over to a professional data storage and management company. But such companies tend to store this information on centralized servers. This allows hackers who break into those servers to gain an enormous amount of potentially valuable information with a single attack. As a result, large numbers of hackers regularly try to break into cloud servers, raising the risk that someone will succeed.

Besides centralized storage, privacy is also undermined by the financial incentives facing many modern digital businesses. Companies like Facebook and Skype make much of their revenues by selling information to advertisers, who use it to plan marketing campaigns aimed at their users. But this directly allows outside parties to learn every manner of secret or sensitive fact about those users. It also raises the risk that hackers will gain access to this information, as many advertisers do not adequately protect their marketing data. As long as digital companies rely on advertising for their revenues, user data will never be fully secure.

As serious and widespread as these privacy problems are, digital innovators are hard at work finding workable solutions. Companies like FortKnoxster have already made promising advances in information security by taking advantage of:

Online security is still a work in progress, but digital platforms have made great strides toward shoring up users’ privacy. By taking advantage of advances made by FortKnoxster and other innovators, consumers can use the Internet securely and confidently.