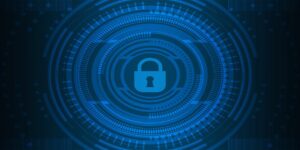 There has been a significant increase in security threats the past year, so keeping sensitive data secure from incidents of data exploitation and leakage is always paramount. With recent cloud advancements, it’s important for businesses to get familiar with the most recent data security trends, so that they can undergo another round of risk assessment to prevent and counter these malicious attacks and data breaches. The biggest dilemma remains —   how aware are you of these cybersecurity risks?

With that said, here are the latest risk assessment and data security trends to watch out for in 2019:

1. The Rise of Hybrid Cloud Security

It’s not enough for companies to move their data into the cloud, as their desire for more flexible and scalable computing systems has given rise to hybrid cloud environments.

We all know that a private cloud deploys a traditional server handled by selected users of a company network while a public cloud is mainly a third-party service, available over the internet and that offers data storage and access to applications. So with hybrid cloud computing, businesses and remote workers can thrive without restrictions their daily work routines, meaning they can access data from anywhere using any device they choose.

Despite these good intentions, many data risks come from poor management and non-compliance over hybrid cloud environments. This may create more security risks than expected, such as end user or developers within the company making configuration setting changes or having to deal with weak encryption in the first place. Still, it remains one of the most popular business solutions for 2019 as it simplifies costs for most companies.

Smart devices are becoming increasingly widespread in our homes; the Internet of Things (IoT) society heralded years ago is finally here. These sophisticated, interrelated computing devices are primarily meant to serve our whim and wants. We’ve adapted to their presence, and now in a way, we are very much reliant on what they can do for us.

Today many of these IoT devices are prone to attacks (such as DDoS attacks, malware, and Botnet attacks) which places our personal data at risk. The idea that someone out there is mining data of our everyday preferences is alarming. This is due to a lack of compliance standards or poor firmware implementation with some IoT device manufacturers.

3. The Future is Password-less

Password-less Authentication is one of the data security trends going mainstream this year. It’s a verification method that doesn’t need users to sign in with a string of characters anymore. Basically, you are who you say you are. How convenient, right?

To cut through the bulk of it, Password-less Authentication mainly happens with the use of secure digital or hardware tokens, biometric signature, or using another app for pre-verification such as one-time password generators, links or SMS codes. I’m personally glad to know we’re ditching crappy passwords like 12345.

Meanwhile, security risks abound with Password-less authentication such as the multiple synching of tokens or physical device swapping.

One of the most complicated ways one can hack into a system nowadays is through the use of Machine Learning (ML) and Artificial Intelligence (AI) which are considered as prime weaponry in the field of cyber attacks.

Cybersecurity experts can use it as a form of defense while cybercriminals, on the other hand, can use it to launch a high-level offensive.

Machine Learning is used for data gathering prior to any cyber attack. This is riskier when hackers create specific algorithms to cluster potential victims – those with similar interests, age groups or certain data sets can be easy targets.

Perhaps not surprising, Machine Learning is ultimately deployed to sniff out vulnerabilities in your cybersecurity posture which can be damning. As such ML-created risks can even impersonate identities through spamming, phishing, and tricking activities without arousing any suspicion. Also, ML has the computing capacity for endless bouts of password brute force— guessing your password and running all possible combinations have no limits when it comes to the ML capabilities.

That’s how powerful ML is, now coupled with AI. You got a lethal combo right there.

Artificial Intelligence (AI) has been coming out with a lot of incredible new threats lately, generating highly accurate fake photos and videos of people, which is impressive and frightening at the same time.

AI in terms of security issues can also create large numbers of fake accounts, as well as read into incredibly staggering amounts of data. It can then analyze all the data it has gathered from your company, and use it against you— primarily by finding ways to breach your cloud firewall and create gaps in your data security.

5. Ransomware All Over Again

The most famous cryptocurrency hijacking attack to date is the Baltimore ransomware attack, where locals experienced going more than two weeks waterless because the government computing system was shut down during the attack. At that point, the ransomware demand was initially placed at $100,000 bitcoins.

Ransomware is a type of malware spread via spam and malicious websites in which a user’s data and the encryption key is made inaccessible, thereby locking the user out from their own computer. A notice demanding payment is usually sent right after the attack. Basically, hackers get to steal data or interrupt services so they can demand ransom in Bitcoins.

Ransomware attacks per se have been around for quite some time now, but there seems to be an uptick in scale due to the rise in the value of cryptocurrency.

Companies may argue that they all have different information to protect, but the priority has always been securing their core data from outside threats. It pays to be ahead of the game, to conduct regular risk assessments, so they know their trouble spots and can harden their security posturing altogether. You should always try to better plan your threat detection and response so that your company can be better equipped to deal with data security risks.

The Long Pivot To Cars As A Service