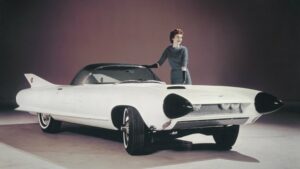 This last weekend I had the honor of taking the advanced driver course at the Mercedes AMG Driving Academy. I had a ton of fun even though they had some avoidable unsafe practices that put their instructors and students at risk. Over the weekend I rented a Tesla X, Tesla’s newest and most advanced car, which also just took Tesla to the bottom of Consumer Report’s reliability index. In driving the vehicles from both companies, I was stuck by how differently both firms dealt with what was a similar product. I’ve also studied Steve Jobs for much of my life and with Apple considering creating a car of their own and suddenly struggling with Tim Cook’s leadership I thought I would also blend in how I think Jobs would have built a car, something that Tesla (which emulates much of Jobs’ Apple model) should likely consider changing to.

Let’s keep this simple and group the commentary on positives and negatives.

Mercedes: Their cars are known for being reliable and safe often tracking toward the top of quality and safety indexes. They are good looking as well and in an accident, they are often the only car that isn’t destroyed. Their AMG unit takes this a tad farther and creates machines that push the performance envelope yet are generally, with some exceptions in the Black Edition ultra-high performance class, still good daily drivers. Mercedes uses gas which is much more prevalent on the road than charging stations and their performance cars, with some exceptions, are some of the best sounding and driving on the road.

Tesla: Their cars are rolling computer appliances; they have historically been so sturdily built they have broken test equipment. Running on electricity they are extremely easy to maintain and very inexpensive to drive. Built modularly they remain the only car on the road that you can, for a fraction of the cost of a new Tesla, fully update it. They set the standard both in being quiet outside and straight line performance in their high-performance models often dusting more traditional high performance cars at dragstrips and stoplights. Car to car their user interfaces also set the standard with consistency, driving an S and an X is as close to identical as you can get. When something breaks Tesla comes to you and your relationship is with the factory not the dealer and so relatively convenient.

Apple: (Steve Jobs Model) Apple leads in simple elegance advancements would be less on gadgets and more on making the car easier to use and maintain. High consistency from product to product but willing to break this model in a new class of car say from Sedan to SUV to better reflect differences in how the car is driven. Apple would use a blend of Apple stores and more traditional dealerships to get to the highest number of people and offer creative financing programs making the cars seem cheaper than they are. Apple would be creative in dealing things like license plates and naming would likely tie back to Apple and the type of vehicle. iSedan, iCoup, iSUV etc. Steve Jobs would have been more likely to use a plug-in Hybrid model to avoid having to put in power stations like Tesla.

Mercedes: Very difficult to work with aftermarket. There are third party tuners that can modify your car but you take a massive risk when you use them. AV systems are often obsolete when shipped and updates aren’t consistently available. User interfaces change dramatically between cars creating confusion for those moving from one car type to another. Design language can be all over the map as well with some cars favoring smooth organic lines and others being more of a mashup of lines and angles. You have to go to the dealer for repairs and the relationship is with the dealer not the manufacturer making problem resolution comparatively difficult.

Tesla: Unusually high quality issues offset somewhat by their “come to you” repair model. Excessive use of untested technology which contributes to this lack of reliability and user injuries unnecessarily. An inability to admit when a mistake is made so correction is untimely, for instance the use of the world “autopilot” was a mistake because what Tesla offers is more enhanced cruise control than it is an autopilot, a term generally restricted to planes. A lack of model choice and a lack of industry standard configurations. For instance, the Tesla Model X’s second row seats don’t fold down limiting its cargo carrying capacity and utility significantly and pointlessly and the Gull Wing doors are a complex, unreliable mess.

Apple: Rabid obsolescence. Steve Jobs model was largely to increase churn in their installed base from one product to the next. Apple would be likely to drop cars into unsupported categories forcing the majority of their customers to cycle their cars every 3 years or less. A lack of modularity creating sleeker and prettier designs but forcing more rapid car replacement than most users are used to. Aggressive removal of otherwise common elements for instance they’d be the first to remove CD/DVD players, keys, switches and ports. Design over function which means there would be tradeoffs in comfort and range to make the cars look better. A Steve Jobs car might look more like a Fisker than a Tesla.

In many ways, the perfect car would likely be a blend of the reliability and performance of a Mercedes on the road, the straight-line performance and user interface of the Tesla, and the more pragmatic approach to drivetrains, dealers, and design consistency of the Apple. I think Tim Cook’s Apple car would be more like Tesla is now but with a nod to Jobs less aggressive approach to how the cars are sold and serviced. I doubt we’ll get to this ideal model before autonomous driving changes the industry into something more like horizontal elevators but we can always hope.

Maximizing the Speed of Your Home Internet Connection