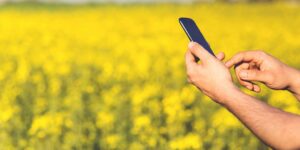 A new lawsuit between agricultural behemoths John Deere and AGRO Corp has drawn attention to the often under-publicized realm of agricultural technology – or agtech for short – and the huge ramifications this could have on both the farming industry and global food security. The dispute has arisen because Deere alleges AGRO Corp is infringing on 12 patents for precision agriculture products; predictably, the defendants protest their innocence and vow to fight the case vehemently.

Regardless of whichever way the judge’s gavel falls, the real victor here promises to be the agricultural industry and, by extension, the ever-increasing global population. Through precision agriculture techniques and commodities such as high-speed robotic planters, tractors, drones and soil sensors, farmers will able to monitor and optimize the yield of their crops like never before. In the face of ballooning global demand and the multifaceted challenges posed by climate change, agtech is exactly the shot in the arm needed to achieve food security for the whole planet in the years and decades ahead.

Optimal farming for an outsized population

According to estimates from the UN, the world population will swell by between 2-3 billion people by 2050. Those extra mouths will demand an uptick in food production of no less than 70%, and with arable land and willing workers already scarce in some parts of the planet, it’s clear that a need for enhanced efficiency is paramount. Fortunately, recent leaps made in agricultural technology can provide exactly the boost that’s needed.

The Deere-AGRO Corp lawsuit revolves around technology that is capable of cutting, separating and cleaning crops without human input, as well as retrofitted add-ons that can revolutionize older machinery and bring seeding and harvesting into the 21st century. For an industry that is predicted to be worth $180 billion by 2024, it’s easy to see why Deere is seeking to strangle its competition and tighten its monopoly at the top. Equally as obvious are the massive benefits that these technologies can bring to the world of agriculture.

With a single robotic farmer capable of the same workload as 30 of its human counterparts, productivity has the potential to skyrocket. These robots aren’t alone, either; drones can provide aerial mapping capabilities and even simulate 3D models of soil composition, while plant sensors can detect when and how much water, food or fertilizer a crop requires at any given moment. Other promising technologies include vertical farming and energy generation via anaerobic digestion. Collectively, these tools could instigate a much-needed increase in crop yield of as much as 70%.

Indeed, that increase is critical when the challenges of global warming are taken into account. The UN predicts that climate change will diminish crop production by 2% every decade, but BMI Research contends that the advances made by precision farming will offset that downswing entirely. Indeed, 90% of crop losses are believed to arise from weather incidents; agtech should be help mitigate at least a quarter of those. Furthermore, the EU has predicted that emissions from farming will fall 10% by 2030, largely thanks to improved practices brought about by technology.

Numerous firms are already investing in the agtech field in order to face these challenges head-on. In Dubai, for instance, Shalimar Biotech Industries recently signed an agreement to set up 12 vertical farms, along with infrastructure facilities such as a water desalination plant and automatic irrigation systems. The farms, which have a considerably smaller carbon footprint than traditional agriculture, are a critical way for the desert state to increase its agricultural self-sufficiency.

Other companies are investing in ways to help farmers use pesticides in a more targeted manner, thus improving the sustainability of their soil. For instance, the Climate Corporation, a subsidiary of Monsanto, recently partnered with Iowa State University to launch a project to monitor nitrate runoff and water quality. The project is intended to help farmers learn management practices to keep nitrogen fertilizer, which can have a polluting effect at high levels, out of surrounding rivers and streams.

Another example is the Olam Farmer Information System (OSIF), an app launched by the commodities giant, which collects farm data and leverages algorithms to offer farmers tailored advice on how to increase their yields. According to a recent feature on the technology by the BBC, the app allowed one cocoa farmer in western Ghana to triple his yields all while reducing the use of pesticides.

Of course, teething problems with the technology persist. The prohibitive costs of implementing it continue to hamstring many farmers, especially those in the developing world. Similarly, providing agricultural workers with the education, training and infrastructure to leverage these powerful new tools represents a huge obstacle that must first be dealt with. However, the price of agtech is falling every year, and concerted efforts on the part of government, industry and individuals can help to circumvent these sizable but not insurmountable issues.

The farming modus operandi of the future

With fully autonomous tractors now mere years away, it’s clear that precision agriculture represents the future of the industry all over the world. And whether Deere or AGRO Corp ultimately prosper in their current legal wrangle may be significant in the short-term, as a victory for the former could facilitate a monopoly in the industry and elevated prices as a result.

In the long term, however, the outcome of the case will surely neither facilitate nor hinder a marriage of agriculture and technology whose runaway success is all but guaranteed. At present, Deere and AGRO Corp are two of the biggest cogs in the agtech machine, but the sum total potential of this innovative industry far outweighs even their considerable parts.

Jawahar Thomas – The Australian Entrepreneur Hoping To Make A Difference

Ways to Encourage Your Employees to Stay Healthy and Happy