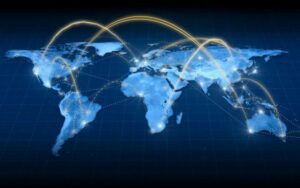 A wonder, even to someone who has worked with wireless technology for over two decades. We have data in one location and can access it from another location without seeing any physical link between them. There’s something mystical about the technology underpinning it all, from the first radio receivers to today’s multi-gigabit computers.

Smart cities, agricultural monitoring, health monitoring, and home or building automation all benefit from the flexibility and low cost of wirelessly networked sensors. For several of these uses, a single radio solution is currently claimed by certain manufacturers to be the best option available. However, rather than relying on a “one-size-fits-all” wireless communication technology, developers should take a more methodical approach to select a system.

Defining the requirements is the first step. Wireless system development may be an iterative process for newcomers to the field. Determine what is achievable and what sacrifices are necessary to attain particular objectives. The physical environment, product dimensions and shape, latency, network size, lifespan, maintenance cycles, the importance of availability, data throughput, data security (security), geographic regions, in which the system is to work, interoperability, and cloud/server connectivity are among the most important considerations when designing a new product. It’s usually a good idea to keep costs in mind. So, the problem is to achieve all of these needs while staying under the established budget.

The “electromagnetic spectrum” is a term used by physicists to describe the known cosmos. Oscillators may be used to create electromagnetic waves, which are the carriers of these waves. It is possible to set an oscillator to create waves at a given frequency; the higher the frequency at which the produced waves vibrate or oscillate, the more power it produces.

Progress in communication and automation technology is characterized by an expanding range of computer-aided functions and an ever-increasing degree of networking at the field, control, and management levels. Radio transmission is the preferred method of data exchange when there are no hard-wired connections. Machine and operational data may be accessed in two ways:

The market is flooded with a variety of gadgets and apps, but integrating them into a robust communication platform is tough. To ensure compatibility, wireless networks generally use proprietary protocols, interfaces, and network designs. Consider using an outside specialist if your in-house IT staff lacks the expertise to handle large-scale initiatives.

An automation landscape may be described as a network of machines that communicate with each other through M2M. New applications in automation are made possible by radio-transmitted data, which in many instances reduces maintenance and repair costs and increases the flexibility of material and production process management.

Offshore operations have several challenges, the most evident of which is the harshness of the settings in which they are located. Extreme temperatures, corrosive seawater, continual vibration, and pervasive dust and grime are just some of the environments under which wireless networks need to be placed and operated.

Another key worry is the availability of a steady and reliable connection. When it comes to an offshore network, even certain industrial-grade wireless networks aren’t suitable for an operation where all assets are continually moving.

Offshore oil & gas activities consist of both permanent rigs and moveable equipment, which includes maintenance tugs, workboats, and floatels. Line-of-sight” is a term used to describe the ability of mobile equipment to “see” a network antenna on a rig from all possible angles. In places with strong seas, a boat or floatel may not have line-of-sight to an antenna on a rig. In this situation, the connection will be lost.

That’s a similar case with a large offshore oil platform that needs to transmit signals between different devices on the platform. And if you want to read about it, just click on the link.