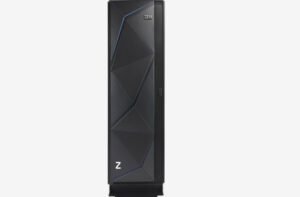 The IBM Z mainframe is a business lesson in a box. Regularly declared dead in the 1980s, 1990s and 2000s by IBM’s competitors, it has long been one of IBM’s most consistently profitable products. Today, it is also a showcase of what can happen to an iconic product both with and without investment in customer care and demand generation. Given how many times we’ve incorrectly declared massively popular products dead (the iPod comes to mind) you’d think we’d learn. Long before they outlived their usefulness or recognized that markets tend to ping pong back, you’d think we’d have realized by now that in technology Zombies are not only real, they can evolve to become far better than they initially were. The IBM System Z is a case in point.

IBM just announced what they are calling “skinny mainframe” a version of the Z that matches in dimension a standard 19-inch server rack. In addition, it doesn’t have the security exposures that Intel based servers (and their owners) now suffer. Plus, it’s the IBM Z’s unique massive I/O capability allows this platform to handle massive loads Intel servers can’t imagine.

I’m reminded of how cars started out. Originally, they were built individually by craftsmen using a blend of off the shelf parts and God save you if you had a break down because, once broken, those parts were nearly impossible to get. Then Henry Ford came along and decided to build a car top to bottom on an assembly line from off the shelf components. Not only were his Model Ts and, later, Model As far cheaper than the competition, they also turned out to be far more reliable and relatively safe for the time. And a hundred years later you can still get parts for the darned things.

What makes the IBM Z unique is that it is almost entirely built by IBM who assures the platform to level that Intel based server vendors just can’t. This is because Intel is not only an independent firm; it also has more relative power than its customers. This has caused serious problems not only with OEM relationships but with reliability and security over time. Intel has made several catastrophic mistakes over the years but has become so large that even when they have a massive defect they can’t afford a recall. The latest example was nightmare of unimagined proportions that had the firm informing the Chinese about a security breach months before the US or US customers and their CEO accused of insider trading (apparently not the only investor fleeing Intel stock).

While subcontractors clearly make some of the IBM Z components, these suppliers and IBM aren’t conflicted. IBM owns the result and has a deep history of taking care of customers with levels of support and services that fully complement what is already one of the most technically robust enterprise systems in the world. The company has always taken primary responsibility for security and customer care, and the level of control they can bring to bear is nearly unprecedented in the segment.

According to the company IBM, around 87% of all credit card transactions are done on IBM Z ($8 Trillion in payments a year). But this is just a drop in the bucket as IBM also reports that whopping 39 billion ATM transactions a year are also supported with the Z platform. IBM Z also largely supports a significant portion of global air travel supporting over 4 billion passenger flights annually.

The IBM Z offers amazing encryption capabilities, as well, enabling all applications, data and databases residing on the system to be fully, constantly encrypted without any impact on performance. Given how many breaches we have been having, the need for end to end encryption has never been greater. Currently it is estimated that under 5% of data is encrypted according to the Gemalto Breach level index (10m records).

In short, if you need to support fully secure (encrypted) data, hyper-reliable transaction processing, blockchain applications and environments or industrial grade Linux there is really nothing like the IBM Z on the market. These latest systems have 10% more capacity and up to twice the memory of previous IBM Z solutions and can handle up to 850M fully encrypted transactions per day.

Wrapping Up: The System Z Is Awesome

In many ways the Mainframe was IBM’s iPod, massively popular for its time, and it allowed IBM to rise to pretty much own the tech market into the 1980s. It was a massive mistake for many to claim and agree that the platform was no longer relevant but unlike another firm I won’t mention, IBM caught the mistake and updated their solutions. As a result, the IBM Z has remained not only relevant, but in a world where cloud computing workloads are unimaginably large and largely unsecure the IBM Z is now arguably the most reliable and most secure platform capable of cloud-level performance on a global scale.

The Z platform did have one significant problem and that was that with its large footprint and power and cooling requirements, it didn’t fit well with other servers in conventional data centers. IBM has fixed that and the company’s new “skinny mainframes” now provide the platform’s still amazing performance in a far more svelte package. Thin, is apparently in as are vendors you can trust. In the storms created by firms like Facebook and Intel, IBM and the Z platform offer a very welcome, very safe harbor.

How to Recognize Fake Hosting Reviews