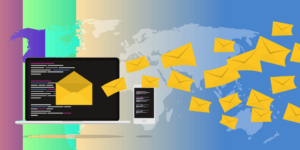 In email marketing, it’s a common practice to target subscribers who are most likely to engage with your content. Generally, decisions on whether to send an email are based on the period of time in which a subscriber interacted (or didn’t interact) with the prior emails. An example would be, sending re-engagement emails to someone who hasn’t been active for a few weeks.

Yet, let’s say a subscriber has opened your email after a long time of inactivity. Once the email is opened, the subscriber is considered active and added to your regular email list. Since then, they have to either bear with emails they see no value in, or unsubscribe from the list. Both options could hamper your sales.

This calls for an additional filter to determine whether you should exclude a particular person from a particular bulk email campaign. And this is where artificial intelligence, namely, machine learning, comes in.

How does this work in eSputnik Intelligence?

eSputnik is a marketing automation system that also offers features of artificial intelligence for optimizing your email marketing performance. To give recommendations on whether it’s worth sending an email to a particular subscriber in your list, they use all the available data about the customer’s prior interactions with your emails. eSputnik algorithms are based on the principles of RFM analysis. They use a number of metrics, including:

Such holistic approach not only ensures reliable classification of subscribers’ interactions. It also allows predicting if they will open your email, even before you hit Send. The accuracy of calculations can be adjusted by setting a probability threshold, which equals to the likelihood of a subscriber not opening your email.

The higher the threshold, the more accurate the calculations and the fewer the potential number of opens and clicks you might lose. For example, a probability threshold of 99% means that the system would recommend not sending to subscribers who are more than 99% likely to not open.

Depending on your marketing strategy, you can set the threshold to exclude more or less subscribers who’re unlikely to open. Studies by the eSputnik team have proven that, using the algorithms to exclude 30–40% subscribers would result in only 1–2% fewer email opens.

Not only does this help you save money by sending less emails. It also enables you to connect with those who’re truly engaged, which means better sender reputation, improved open and click-through rates, and a higher ROI for your emails.

Things Every Rolex Owner Should Know