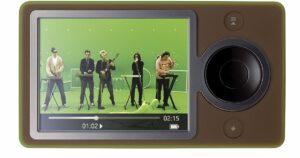 Boy if there is ever evidence that this decade’s Apple is unlike last decade’s Apple it is their latest product the HomePod. I’ve been watching it roll out and given I covered the Zune extensively during its time in market I’m finding the similarities between the two products almost unnerving. Granted, two big differences I think folks will point out was that the Zune didn’t ruin your furniture and the HomePod isn’t bad looking. Let’s talk about why the HomePod is Apple’s Zune and suggests Apple is becoming too much like Steve Ballmer’s Microsoft this week.

Zune came to market from Microsoft because it was clear their “Plays for Sure” effort wasn’t working. Largely because the name of the program was the opposite of the experience. You see, one thing the Microsoft MP3 players often didn’t do was play what you wanted to listen to. A lot of this was because, like most others in the segment, a huge focus was put on preventing people from stealing music and the result did horrid things implementation and usability. Apple didn’t seem to care that much about copying music (this was pre-iTunes initially) and ripping CDs on the iPod was dream.

However, the Zune did have potential. It was sturdier than the iPod, it could do video, where the iPod could not, it could use streaming music (it had built in wireless), and it was cheaper than the iPod. It was far closer to the coming iPod touch than the iPod it was competing against with one huge defect, it was also butt ugly.

But that was just the beginning of its issues. It was supposed to be able to import iPod playlists but fear of being sued by Apple eliminated that feature, sharing music required that both you and the person you shared with subscribed to Microsoft’s music service so it rarely if ever worked, getting video onto the device often took longer than watching the video took, and Steve Jobs did a decent job of positioning the thing as stupid.

Netting this out, as far as a general mistake, the strengths of the product were that it did video, was far more robust (it was much more kid and butter fingered adult proof than the iPod), it anticipated the future with video, and could stream music.

So, what did Microsoft market? They mostly marketed the music sharing feature that didn’t work for most people largely because, if you had a Zune, it was still likely most of your friends had iPods that you couldn’t share with. Microsoft didn’t push the products more practical advantages much, if at all.

And the product failed in market (I should point out that Microsoft eventually fixed the looks of the products, got video onto it, and the last run of the Zune was competitive with the then version of the iPod, but the brand had been destroyed and Microsoft pulled the marketing. RIP Zune.

Like the Zune it arrives well after Amazon established dominance with the Echo was established and, like the Zune, it has some big advantages. Those advantages are that Siri is far more personable than Alexa or “OK Google” (god that’s a stupid wake up line), and the speaker itself rivals stand alone speakers in the $1,000 range. It really is a sound marvel.

However, also like the Zune, Apple is marketing the product’s weaknesses focusing on it being “Smart,” and the connection to iTunes. Right now, the HomePod is dumb as brick, Siri is even worse on the HomePod than it is on the iPhone or iPad. (This I can’t figure out at all, why would it be worse?!?). And while the competing systems all have multiple music services it only support iTunes, and even the HomeKit implementation isn’t done so you can’t use it as a home automation hub.

So, like the Zune, it has advantages and disadvantages over the competition and like the Zune Apple seems focused on the crap it doesn’t do well rather than the stuff it does. Oh, and finally, like Microsoft and the Zune, Apple seems unwilling to invest in making the product what it could be. It should, like the iPod was, be cross platform (iOS and Android), it should, like its competition does, support more music services, and it should connect to IBM’s Watson (which was at one time considered) so it could be smarter, not dumber, than the competition. RIP HomePod?

What is the saying: “Those that fail to learn from the past are doomed to repeat it”?

Wrapping Up: Why Repeat Stupid?

I figure Steve Ballmer, Microsoft’s ex-CEO, is laughing his ass off because, with all the grief Steve Jobs gave him and Bill Gates for the Zune, watching Tim Cook repeat many of those same mistakes with the HomePod must be belly laughing funny. But, once you realize that not only hasn’t Apple had a real hit since Steve Jobs died, but that they weren’t even able to keep the iPod or iPhone growth going, you get the sense that this is a very different Apple. One that is far closer to Steve Ballmer’s Microsoft than the company Steve Jobs created.

I doubt many Apple fans find that funny, but I’m sure it is giving the many current and ex-Microsoft folks (many of which are now over at Amazon) some decidedly happy moments. They really should send Tim Cook thank you notes…

4 Ways to Get to Know Your Customers Well

Golf rangefinders – How to choose one that fits your game