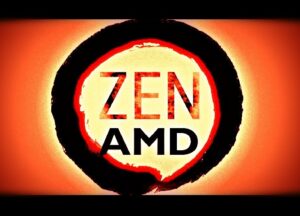 This week is Lisa
Su’s 2-year anniversary leading AMD, she is the current CEO, and her tenure
not only showcased the kind of skills needed to run a technology company but
the benefit of having someone take the job after serving inside as opposed to
coming in from outside.   The firm’s
biggest gamble is Zen and there is a lot of positive buzz on this part and with
the announced elimination of PCIe
and move to OpenCapi there is an industry effort to drive performance
beyond Intel which should provide unusually powerful opportunities for AMD if
they can hit their shipment targets.

Let’s talk about what a difference 2 years made at AMD.

Lisa Su actually joined AMD from Freescale in 2012 or two
years prior to her becoming CEO.  Prior
to that she had been one of the top executive resources at IBM.  Having been in that program myself I can
speak to how comprehensive it is and how it uniquely prepares someone for the
job of CEO which is very unique.

These two years allowed her to get a feel for the teams,
find out where the biggest problems were that needed to be addressed, and to undo
some board driven initiatives that foolishly tried to turn AMD into something
it was not, a mobile device processor firm.
It should be noted that Intel also had board issues like this and wasted
billions trying to chase a market with margins they never could have sustained
had they eventually been successful.  But
Lisa Su stepped in and clearly said “enough”.

The firm had been unable to meet promised deadlines, was too
dependent on PCs, and had far too much employee churn resulting in a distrust
of management prior to her taking over and this all had to be addressed.

Finally, she had seen what two years of declining revenue
and massive debt were doing to the firm, largely making it unable to execute,
and she knew going in that this needed to be addressed.   In short the firm was trying to do too many
things with too few resources while its primary markets were under siege.   But being at AMD during this time not only
made Lisa Su aware of the problems they created an apparent urgency to fix them.

At the very start or her tenure as CEO she needed to not
only communicate she had a vision for AMD but could be trusted to stick with
that vision till execution.   The
employees knew and trusted her at this point and that set a foundation that
someone coming from outside the firm just couldn’t create.  The vision was to go after
high-margin/high-growth markets that were close to AMD’s existing skill
set.  This was critical to overcoming the
perception that AMD was failing and that bankruptcy was approaching.   If people, both inside and outside, the
company don’t believe in the vision and see a firm as failing they can actually
cause the failure so turning key influencers into believers was critical.

The focus areas she defined, which collectively had a $50B
Total Available Market, were gaming, datacenter, and immersive devices (devices
that needed graphics horsepower).  Once
in place she was able to put both processors and GPUs into a regular
development cadence and streamline R&D to drive that cadence.  Zen was created, a fully scalable design, to
give AMD a differentiated advantage over Intel, and the firm moved aggressively
to execute.  The last
week’s financials were a clear showcase of that progress.

Speaking of progress during her tenure AMD not only held
onto design wins with the leading game console vendors they expanded with them
into VR and Project Scorpio (Microsoft’s as yet unreleased super-console).   AMD adapted to a VR competitive advantage
and aggressively drove down price points to help jump start that market.   Currently they are preparing to ramp back into
datacenters with Zen in 2017 and the tests of that product, that I’ve seen,
have been impressive.

The employees and investors appear to be solidly behind the
plan and, as noted above, there is a significant
interest in the new Zen processor likely particularly when it is tied to
OpenCapi.   While the company won’t truly
be out of the woods until Zen both ships and is implemented in volume in 2017
but all indications now are that this effort will be successful.

The sustaining lesson here is that CEO jobs are often
treated as if anyone with top executive experience can do them anyplace and
that is rarely the case.  You need a
combination of things to be successful.
Good judgment, a good understanding of the market, a good understanding
of the technology, an ability to build and/or sustain a loyal staff and
employees, a clear and valid vision for where the company both needs and can
go, and enough focus and drive to execute sharply.

Over the last two years Lisa Su has shown she not only was
qualified for her job but had the right mix of skills, drive, experience, loyalty,
and knowledge to execute it.  Happy anniversary
Lisa Su, your 2nd anniversary show impressive progress, so your 3rd
anniversary should be amazing.