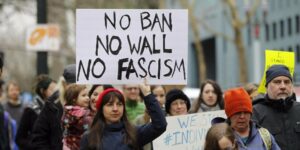 Last week, a Hawaii judge put limits on the Trump administration’s ability to enforce the controversial travel ban, compelling Trump to seek the assistance of the high court, yet again.

The battle surrounding Trump’s travel ban has continued on since his inauguration. Much of the battle has to do with Trump’s comments during the lead up to the election last year and whether or not the ban can be classified as a Muslim ban. Current Justice Department officials believe that the ruling should only be made by the Supreme Court. They believe that it is the Supreme Court’s responsibility to determine whether or not the government’s implementation of the ban is lawful with the Court’s stay.

Watson’s ruling was made Thursday. It is simply another hurdle for the current administration to jump in their fight to keep immigrations from certain countries out of the United States. The Visa on arrival Vietnam protocols have proven to be effective for keeping terrorists out and Trump believes stricter screening procedures will do the same for the United States. Watson could effectively help around 24,000 refugees, who has previously been vetted and approved to enter the United States. However, they would have ultimately been banned from entering the country, due to Trump’s 120-day freeze. This is something that will not impact the current Vietnam Visa on arrival protocols.

The International Refugee Assistance Project has been working diligently to help resettle refugees in the United States. The group’s director, Becca Heller, spoke about the hardships that refugees face. She complained that many refugees had already sold their belongings in hopes of starting a new life in the United States. She also expressed concern for the safety of the immigrants. This year, the new administration put a limit on the number of refugees that could be admitted into the United States. That number tops out at 50,000 for a 12-month period, which is set to end on September the 30th. That number was hit last week.

While the federal budget is capable of accommodating approximately 75,000 refugees, the Trump administration has slowed the influx noticeably. Attorney General Jeff Sessions has already confirmed that the White House will ask for the Supreme Court to make a ruling on the decision. This will give them the ability to completely overpass the 9th US Circuit Court of Appeals, which has ruled against the White House in the pass. Watson’s ruling did not effectively demolish the law. Instead, it simply expanded the relationships to ensure more refugees would be able to resettle in the United States.

The ruling would allow grandparents, grandchildren, aunts, uncles, nephews, cousins and other close family members to resettle in the country. Previously, the relationships were much stricter thanks to the Trump administration. Trump campaigned heavily on keeping illegals out. It would be a blow to his base, if he were forced to allow them in. With record low approval ratings, Trump will need every bit of help he can get.

Understanding Your Credit Report: An Overview