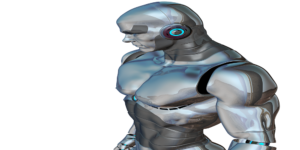 James Cameron’s The Terminator and its sequels were great but they were more than just awesome sci-fi flicks that impressed everyone in that day and age with the modern special effects. The Terminator also planted the seed of doubt in the minds of many and made people think about a scary possibility: That one day, human kind will be dethroned by its own invention and robots will take over. While Doomsday isn’t upon us like in the movies, it’s pretty safe to say that the Terminator was onto something as robots are becoming more and more frequents nowadays as news sensations and internet attractions.

Companies and scientists are developing robots for any possible domain and occupation, which makes it very scary for a lot of people that, could be losing their jobs in favor of an automated robot which supposedly could do the job better and faster. That being said, we have compiled a list of some of the most probable professions that will end up in the hands of robots. Keep in mind that we’re talking about the future here, but this future isn’t really all too distant.

Cooking is pretty easy in theory, right? You just follow the recipe and the end result should be something delicious. Unfortunately, there’s one element which makes most of people’s first recipes end up in the dumpster. That element is called human nature. People are prone to mistakes and they tend to mess things up quite constantly. However, a robot chef wouldn’t have that problem and would be able to respect a recipe to the letter. While this might be good news for those that can’t cook, all the professional chefs out there might start to sweat.

Driving advertisement cars could be another profession that robots will be taking over pretty soon. Self-driving cars aren’t a thing of the future but of the present. Cars that can drive themselves are already on the streets, helping people and companies cover ground and doing a very fine job in traffic, thanks to state of the art technology. Pretty soon, we might see more and more cars drive themselves, thus taking the occupation from professional drivers.

This is a really scary one. When it comes to being cut open and things going in an out of their exposed internals, people would much rather prefer a qualified surgeon instead of a cold machine. However, that choice might not be in their hands for much longer as the calculated and precise robots of today might be preparing for a career as surgeons, where steady hands (or robotic arms?) are an absolute requirement.

This one might actually be quite appreciated by people that want to be able to walk through a mall without the fear of getting mugged. Currently, security detail is pretty underwhelming in public environments, and even on private grounds. Unqualified personnel that isn’t equipped or trained to deal with serious attack or threat situations make it very easy for thieves and wrongdoers to just take whatever they want. Having a strong, bulletproof robot keeping a watchful eye on you while you’re shopping could be quite calming, especially since its enhanced optics would spot someone trying to lift your wallet immediately. It might go into the other extreme too, however, and you might end up being shouted at by a huge piece of metal to pick up that wrapper you just threw and missed the garbage can with.

4 Ways to Make Your Business Green to Become Profitable