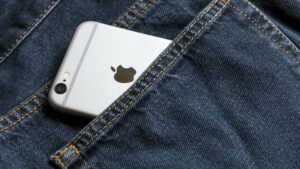 This year’s Apple iPhone launch event has been a big dud, so much so that everyone’s already gearing up for the 10th anniversary edition of the iPhone. Every year the world expects Apple to blow their minds away, but the less said about it, the better.

Funny as it is, that’s exactly Apple’s trump move this year and before we give you the real picture, here’s a backgrounder on why Apple has not made huge strides with the iPhone ever since they evolved from the 5S to iPhone 6. Ah well, it seems the joke’s on you.

The iPhone Apple Never Made

We all know about the rumors that Apple was working on an iPhone made out of sapphire glass and it turns out it wasn’t an hoax.

Apple’s level of innovation, architecturally, with aluminium had reached its limit, which is why Sapphire was the next choice.

If all would have gone as planned, then the iPhone 6 would have gotten a Sapphire-based uni-body design and build. For which Apple joined hands with GT Advanced Technologies (GTAT), they even got the rights to a few of GTAT’s patents.

But the cost of making a sapphire-based iPhone shot thru the roof, forcing Apple to shelve its plans to redesign the iPhone 6, the effect of which has spilled over to iPhone 7 as well. This even led to GTAT filing for bankruptcy.

Apple has always followed the principle of changing up things every two years, but the iPhone is clearly over due.

Apple’s Ceramic Bet is Bigger Than You Think

Remember the Apple Watch Ceramic version which was announced at this year’s iPhone event? Yes, that is the biggest change Apple has made, even more than ditching the 3.5-mm audio jack and making Airpods.

This ceramic finishing, as claimed by Apple, offers more resistance to heat and durability from mishaps; something clearly missing with the iPhone. Which is why, the super-expensive Apple Watch version was rolled out, showing us what game-changing element Apple has up its sleeves.

The Zirconia Ceramic is a certified material, used by space organisations like NASA, which is also efficient at dissipating heat. It’s also scratch-free, something that aluminium bodies will never be able to compete with.

Apple’s been holding onto the patents based on the Ceramic materials that also includes a transparent casing which houses the radio antennae.

The high number of devices that Apple would produce could make the unit costs affordable, something that would be unthinkable if done in small quantities.

All this points to next year’s iPhone 8, which also marks the phone’s 10th anniversary, which could bring the big change the world has been desperately waiting for.

If so, then surely the wait would have been worth it, if not there is always Android.

(With inputs from Quora.)

This Optical Illusion is Going Viral