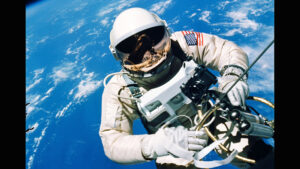 NASA announced, on Tuesday, that any published research funded by the space agency will now be available online at no cost. NASA launched a new public web portal that everybody can access.

The free online archive comes in response to a new NASA policy, which requires that any NASA-funded research articles in peer-reviewed journals be publicly accessible within one year of publication.

“At NASA, we are celebrating this opportunity to extend access to our extensive portfolio of scientific and technical publications,” said NASA Deputy Administrator Dava Newman.

“Through open access and innovation we invite the global community to join us in exploring Earth, air, and space.”

The database is called PubSpace, and the people can access NASA-funded research articles in it.

“Making our research data easier to access will greatly magnify the impact of our research.

As scientists and engineers, we work by building upon a foundation laid by others.”

There are around 861 research articles in the database, and one can expect that number to keep rising as NASA-funded researchers get on board with the new policy. All of this is now free for researchers or anybody with an interest in science to check out and download — a welcome change from when much of the content was locked behind a paywall.

But not all NASA-funded research can be found in the archive. As the space agency indicates, patents and material governed by personal privacy, proprietary, or security laws are exempt from having to be included in PubSpace.

NASA’s move comes in response to a 2013 request from the White House Office of Science and Technology Policy, which directed major science-funding agencies to come up with ways of increasing access to the results of publicly funded research.

Price Alone Does Not Make A Phone A Flagship