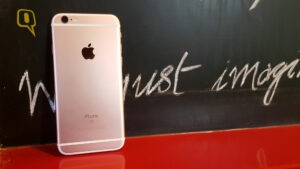 We all know that the upcoming Apple iPhone 7 will cost a bomb, and you won’t see anyone cribbing about it, or a Samsung phone for that matter. But brands like HTC andLG are not quite there with their quality, yet come out with similarly expensive phones.

While they seem to have found takers every now and then, the reality is they are nowhere close to the supremacy of Samsung andApple in the high-end space, the numbers speak for themselves.

Recently, market research shows that Apple and Samsung are the preferred brands for consumers who are willing to shell outbig money (maybe not the case with the Iphone SE)

The reasons are clear to everyone. You get top-notch hardware, with a qualitycamera that delivers in daylight as well as low light conditions.

When it comes to other brands, one or two of the aforementioned aspects are missing, which clearly impacts their value at theflagship level.

So, when the likes of Sony or HTC have failed to entice buyers to spend up to 50K on their phones, what chancedoes a brand like Asus have with its latest phone?

The recently launched Zenfone 3 (one of its variants) dares to match the elite. But even if the product stands up to its claims,will people be open to buying an Asus for the price of a Samsung or Apple? Chances are slim.

For this, we don’t have to look beyondthe plight of Asus ZenFone Zoom  which sells at around $400.

Asus is taking a big gamble by losing its identity within the affordable segment. With their new game plan, the most basic version oftheir product is now priced along the lines of Xiaomi Mi 5, which costs something over $300 on Gearbest.

But it’s not only Asus that isfollowing this trend. China-based Huawei has brought out its P9 smartphone, which theyclaim is equipped with a Leica-powered camera. So, does that mean a buyer should consider paying some $500 for the P9 just for its camera prowess?

As we have seen with Xiaomi, if you begin your journey with products that are all about value, then it becomeschallenging for the brand to level-up. The same can be said about Sony and HTC as well.

This is something that was also seen recently with Motorola, granted, their phone hadthe advantage of an unbreakable display, but as it turns out, that on its own is not enough to be a hit with consumers.

Taking It for Granted… Not

More and more brands seem to think that just because people have money, they will spend it – how manytimes has that failed? But let’s be fair to those who make a case for value.

This year’s OnePlus 3 is a definite contender for running close to most high-end devices. It’s got everything that apower user wants from his/her device, and it doesn’t cost a lot either.

As things stand, mobile brands need to understand that if given the near-perfect product, they will find takers. Till then,brands shouldn’t treat your products as premium, unless and until they’ve got the calibre and capabilityto match the industry’s best.