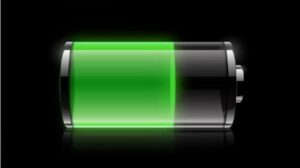 More than anything else, what we ask most from our phones are to last longer than they actually do.

Scientists and phone makers have tried everything to get this puzzle solved once and for all but there’s too much power inside the devices these days. So, instead of making them last as long as the yesteryear’s Nokia 1100, they worked on a mechanism to charge them faster.

It’s called Quick Charger and currently, this technology standard is being used in its third iteration. But the question is, how is a Quick charger different from a standard charger? Before that…

How Does the Charger Work?

The chargers rely on the circuitry innards of the power adaptor that pushes voltage onto the phone battery. The Alternating Current (AC) from the main supply is converted to Direct Current (DC) to be stored in the battery.

For instance, a standard charger offers 5 volt and 1 amp. This is the reason why most of the phones before 2015 charge slower than their modern counterparts.

The power output/input rating is the only way to define or understand the capability of the charger.

Moto G 3rd Gen comes with a Turbocharger which is another term for Quick charger.

When it comes to a Quick Charger, the power capability goes up to 9 volt, 2 amp. All this might be technical, but more power a charger can support, faster your phone charges.

As we stated above, the Quick Charger (QC) technology comes in different avatars, and currently it stands at version 3.0. It may just sound like a numerical upgrade, but in reality 3.0 can push voltage support up to 20 volt.

Simply put, you don’t need to charge the phone overnight. Instead just plug in the phone while you head over to take a shower in the morning and voila.

The higher volt support substantially increases the rate at which your phone charges. Qualcomm claims that QC 3.0 is 40 percent faster than QC 2.0 and those numbers speak for themselves.

Brands like Oppo and OnePlus have worked on their own set of charging tech for phones with VOOC and Dash Charger respectively. Also, in comparison to QC 3.0, Dash charger fills your phone with up to 60 percent charge in half an hour without overheating.

It’s easy to say that QC 3.0 and others are pegged to become the standard in the coming years. But does that mean any user with a phone from pre-Quick charging era should go for a new phone?

Well, not really, as they are better off using proprietary charger with their respective phones.

The Mercedes-Maybach 6 Coupe Concept, A Jewel We’d Love to see