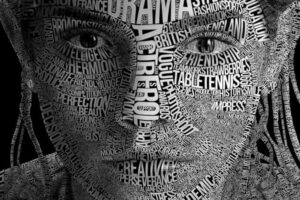 Typography is something we see every day. On our phones, on the subway, in magazines, on websites, on T-shirts, and on billboards. We’ve become so accustomed to looking at beautifully-designed, coherent text over the years that we instantly recognize when something doesn’t work.

Fonts can sometimes be like sports stars. No seriously, bear with us. They do their thing day in, day out and you simply expect them to work without a flaw. It’s only when we notice something bad or shocking, that we rip them to shreds and call them out on their wrongdoings. Makes sense right?
In fact, Cleveland Cavaliers owner Dan Gilbert was famously ridiculed after he wrote a scathing open letter to NBA superstar Lebron James by using the world’s least favorite font: Comic Sans. Even though it’s just a design, this typographically naive choice took something serious and heartfelt and turned it into a laughing stock (it’s lucky Lebron came back to Cleveland and won a championship, otherwise Gilbert would never live it down).

Gilbert isn’t alone in his typography fail, major corporations and small businesses alike also don’t seem to challenge font choices before they reach the public eye. The ‘You had one job’ meme would have a field day with regards to some marketing execs. The internet is almost bursting with outrageous top 10 lists of typography fails; making it laughable to think that someone was paid to create these font fiascos when advertising a product or service. Type of font (Comic Sans, Papyrus, and Bleeding Cowboys seem to have the worst rep), spacing, and misuse of symbols—these are definitely all important to learn.

In terms of websites, the importance of images is not to be forgotten, but as we’ve just seen, it’s incredibly easy to make one typography slip-up that can run a reputation off course. As a 1&1 article explains, fonts need to match the site’s theme and target group, and that unusual fonts can sometimes lead to annoyingly long loading times. It seems there’s far more to fonts than simply choosing one that looks cool.

As the owner of a website, it may be that typography is at the bottom of your list of priorities. Interesting, relative content, striking headlines, strong images, SEO… remembering everything is nearly enough to make your head spin. Regardless of the fact that ‘Best Typography’ is a category in the AWWWARDS – an organization that actually gives prizes and actively promotes websites with great web design – good typography is about getting important information across in a design that is inventive and attractive. Fonts could well be more important than you think, and the difference between good and bad is easily spotted, as web designer Dmitry Kirsanov explains:

“No other design discipline requires so much learning and training as fontography, and by no other aspect can amateurs be so easily distinguished from professionals. To be font literate, a designer has to study the history and the principles of font design.”

So it appears the why of solid typography is evident across all media, but what about the how? Although browsing a site like Dafont.com does bring up parallels of needles and haystacks, but regardless of whether you work in design, marketing, or you’re just an online store owner, these places could well inspire you for your own creations. Interestingly, there is also a new approach to finding fonts. Called the ‘Shazam for fonts,’ Spector is a new prototype gadget that can glide across printed media then transmit the font type back to Adobe InDesign, allowing you to discover its name (Quick tip: many fonts are owned by their creators and require a licensing fee to use them).

So, like we said, good typography – particularly across websites – should generally be assumed and viewers will undoubtedly expect nothing else. As well as the potential for recognition from AWWWARDS, readers will undoubtedly return to sites that are pleasing to the eye, easy to navigate, and have information that is readily accessible. Plus, you don’t want to end up on a top 10 list of ‘Worst Typography Fails’ do you?